Why 2023 is the year to visit Florida

Whether you're craving some winter sun or just fancy a fun-filled getaway, there has never been a better time to plan that dream escape to Florida.

From new hotels and increased flights from the UK to exciting new attractions and experiences, there are countless reasons to visit America's sunshine state. Read on to see what's to come in 2023 and beyond.

Getting to Florida: check out the latest offers on flights in 2023 with Virgin Atlantic*, British Airways* and TUI Airways*.

The world's most hi-tech concert hall

Orlando's Steinmetz Hall is the world's most hi-tech concert hall, and one of the few in the world to achieve, through the use of hi-tech insulation, an N1 sound rating, the lowest level at which humans can detect sound.

The venue opened in early 2022, although a packed calendar of fantastic events means there are plenty of reasons to soak up some auditory excellence here in 2023.

Younger visitors will love the Peter Rabbit shows, during which the classic children's story is brought to life with performances by the Orlando Philharmonic Orchestra and backdrops of hand-drawn illustrations.

This often-overlooked city, just to the south of Daytona Beach, is certainly worthy of a spot on your radar in 2023.

Famous for its 23 km of soft white sand and small-town feel (there are hardly any chain restaurants and most businesses are independent ones) and one of the city's newest hotels, Victoria 1883. This boutique hotel opened in October 2022 and is tucked inside a heritage property built in the 1800s.

We're also excited about PerfectSwell Edgewater, due to open in spring 2023. Adrenaline junkies will flock here to ride what will be one of America's biggest standing waves, and there will also be a surf school and a surf-themed hotel.

There's no shortage of hotels and resorts in Orlando, but we're particularly excited about this one. Due to open in Spring 2023, the Evermore Orlando Resort, just a short drive from the Walt Disney World Resort*, is a vast complex of accommodation options designed with a range of visitors in mind.

There will be villas, apartments and the five-star Conrad Orlando*, and a huge pool complex comprising a series of enormous lagoons with dedicated kayaking and cliff-jumping areas.

A packed calendar of events, ranging from fitness classes to kids' activities, will be rolled out, and the villas and apartments will have between two and 11 bedrooms, making the resort ideal for both couples and larger groups.

In early 2022, The Deep Space Launch Complex was unveiled at the Kennedy Space Center Visitor Complex, and this permanent exhibit has continued to expand.

In 2023 visitors will be able to check out a space-flown Falcon 9 booster and an Orion Crew Vehicle used in the EFT-1 Mission, as well as scale models of the SLS, CST-100 Starliner Crew Vehicle, Atlas V and a Delta IV Heavy launch vehicle.

Fancy a bit of star-spotting? Peer through the complex's Planewave CDK20 Telescope or head to the Space Centre's 4D theatre to (virtually) fly through the galaxy at warp speed.

The Brightline between Orlando & Miami

The Brightline is a high-speed rail project which began in 2018. It currently connects Miami with Fort Lauderdale and West Palm Beach, and in 2023 it will be extended to Orlando.

It will take three hours to get from Miami to Orlando on the hi-tech trains, all of which have free wi-fi and luxuriously spacious seating. They're also pretty sustainable and will be powered by carbon-neutral biodiesel.

But it gets better: the route will eventually be extended past Orlando towards Tampa, and there are plans to connect the route with the SunRail route, a regional train line, which connects Orlando-area destinations such as Lake Eola Park and Winter Park.

Looking for a holiday? Be sure to see all current offers on breaks to Florida with TUI*, online travel agent Travel Republic* and Virgin Holidays*.

Getting to our favourite Floridian destinations will soon become significantly easier. Virgin Atlantic* launched a new route between London Heathrow and Tampa in November 2022, and since early 2022 new budget airline Play has been operating flights from London Stansted to Orlando via Reykjavik.

Not a fan of long flights? Keep your eye on American Airlines, which recently purchased 20 aircraft from aviation company Boom Supersonic.

The planes will carry 65 to 80 passengers at twice the speed of today's fastest commercial aircraft, and it's hoped they'll take to the skies in 2025. It's rumoured that the first route will connect London to Miami, with flight times coming in at just six hours.

Walt Disney World Florida's EPCOT is in the midst of a spectacular makeover, highlights of which include the recently unveiled Guardians of the Galaxy: Cosmic Rewind and Ratatouille rides.

In January and February 2023 it will be the setting for the food-themed EPCOT International Festival of the Arts and summer 2023 will see the launch of a brand new nighttime show on the sprawling World Showcase Lagoon, previously used as a setting for the spectacular Harmonious show.

Another destination which is often overlooked by visitors heading to Florida, Hollywood is a small city on the state's eastern coast. You'll find it between Fort Lauderdale and Miami, close to both cities' airports and easily accessible courtesy of the Tri-Rail trains which shuttle between the two.

Hollywood also has one of Florida's coolest hotels, the Margaritaville Hollywood Resort*, a property inspired by singer, songwriter and author Jimmy Buffett and bursting with tropical decor.

In 2023, a huge makeover of the property will be completed, and we're especially excited about the new Paradise Suites, 45 one and two-bedroom suites which come with complimentary use of poolside cabanas and bicycle hire.

There's never any shortage of new attractions at Walt Disney World Florida, but we're particularly excited about TRON Lightcycle / Run (yes, that really is its name), a new thrill ride based on sci-fi film TRON: Legacy.

We don't want to give the game away, but riders will clamber aboard a Lightcycle before racing opponents along a course which requires them to navigate various obstacles, including the film's famous Energy Gates. The ride will open in 2023 in the Magic Kingdom's Tomorrowland area.

Most people visiting Key West fly into Miami or Fort Lauderdale, despite the presence of Key West International Airport. The reason? It's pretty small, which is what makes the major expansion of Concourse A, which will be completed in early 2024, so exciting.

In short? The expansion will allow the airport to accommodate more planes and more passengers, and it's hoped the project will result in the introduction of direct flights between the UK and Key West.

Ready to dive into Florida? Check out the flights from Virgin Atlantic, aboard TUI Airways and with British Airways as well as escapes with Virgin Holidays, TUI and Travel Republic. 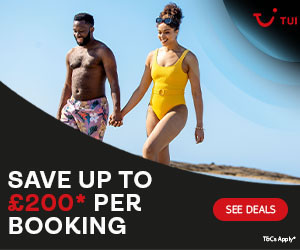 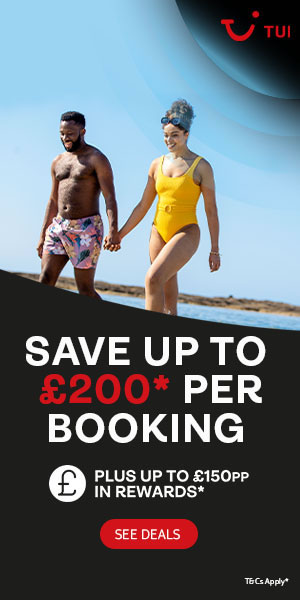