Cruising continues to evolve with more people than ever before choosing to unpack only once and see more of the world in one go.

In 2019, Marella Cruises* launched a brand new collection of itineraries (now to be from 2023), which includes much-loved port cities along America's Atlantic coast, from New York down to Miami and around into the Gulf of Mexico with stops at Key West and New Orleans as well.

Here, we take a look at the destinations you could be calling at on your next cruise with TUI*'s Marella plus what you can expect weather-wise in each port.

Think Key West and you instantly think of Hemingway. The seminal writer loved this romantic southern Florida hideaway so much he lived here and his ghost still haunts its bars and the popular mythology.

This intriguing, bewitching slice of America lies geographically and metaphysically between the continent and the Caribbean, making it a cocktail as delicious as the mojitos sunk in its bars and its namesake lime pie.

The pastel-hued houses and energetic street performers make Key West ideal for a spot of aimless wandering. You can also take a tour where you visit Ernest Hemingway's house and savour his favourite tipple of rum.

If you prefer to get active, book a kayak trip through the wildlife-rich mangroves looking out for turtles and dolphins. Whatever you do, an epic sunset awaits.

Quite simply one of the most glamorous and evocative places in all of the Americas, the city of Miami Vice and Versace, of glitz, glamour and, yes, serious partying. The epicentre of it all is down by the white sands of South Beach in the Miami Beach district.

Here Hollywood A-listers rub shoulders with pop stars as flash cars cruise by the striking art deco buildings that line the waterfront. Elsewhere, Little Havana is an intriguing window into the massive Cuban influence and culture in Miami.

Things move at a gloriously slow pace here so pick a café and settle in for some people watching. City slickers will want to survey the vastly upgraded Downtown, while those looking for a less urban experience can escape to Crandon Park and Jungle Island. A boat trip is ideal for star-struck cruisers as you can peer into the millionaire homes.

Cruising into Charleston in South Carolina it's easy to see why many Americans keep voting the city one of their favourite holiday destinations. This deeply historic bolthole played a pivotal role in both the American War of Independence from Britain and the American Civil War, and a sense of history runs palpably through its veins.

A boat trip across to Fort Sumter - where the first shots of the American Civil War rang out - is a highlight, as are the elegant Georgian houses that grace the city centre. It's an easy city to navigate, too, alive with welcoming cafés, bars and restaurants.

Charleston is blessed with plenty of green space and its waterways are never far from view, so it feels more urbane than urban. This makes Charleston ideal for exploring independently, with a flurry of excursions bookable on board, too. Outside the centre the state's darker past is revealed at the Boone Hall Plantation, with its slavery connections.

Miami sits right next door and some regular cruise passengers choose to spend their day in Fort Lauderdale's more illustrious neighbour. Stay here, though, and you will be rewarded with 23 miles of puffy white sand beaches backed by swaying palms and a chilled out vibe that eases through the waterfront's oasis of cafés, bars and restaurants.

The myriad channels, lagoons and canals (even gondolas) earn Fort Lauderdale the nickname of the 'Venice of America'. Then there is Millionaire's Row, with its Beverley Hills-style parade of properties and the galleries and fashion boutiques of Las Olas Boulevard.

The epic green lung of the wildlife-rich Florida Everglades lies just inland. This oasis is easily reached on organised tours from the ship - soon you'll be swishing along on a boat looking out for alligators.

There is no city quite like 'The Big Easy' anywhere in the world, never mind just in the Americas. This no-holds-barred party central is alive with jazz, Jambalaya and, of course, the world-famous Mardi Gras - one of the globe's greatest festivals.

The lively musical and cultural scene bustles on year round fuelled by New Orleans' eclectic French, African and American heritage and cultures. You won't ever forget working your way along bar studded Bourbon Street, the voodoo-haunted St Louis Cemetery No.1 and the sobering National World War Two Museum.

If it's antique shops and modern stores you are after head for Royal Street. Wherever you go the enticing waft of live music will never be far away, nor will the next party.

No two visits to New York are the same so whether it's your first time or your fiftieth you will never be disappointed by the Big Apple. Sailing in by cruise ship has to be the most spectacular way to arrive, too.

Soon you'll be on the streets of what often feels like one giant movie set with those yellow taxis, the steam rising from the sidewalks and those metal staircases wrapped around the familiar-looking apartment buildings.

The stellar sights compel, such as the Empire State Building, Central Park and the unmistakable neon-blasted Times Square.

Then there are world-class museums like MoMA, The Met and the American Museum of Natural History. A visit to the 9/11 Memorial and Museum is always poignant, as is taking a boat trip across to Liberty Island to see the Statue of Liberty up close.

With so much to see it's worth booking a tour onboard that takes in the cream of the city's myriad sights.

Plenty of ships cruise into Norfolk, but most of them are naval as this is the world's largest naval base. Fittingly, you can explore a maritime museum that features a hulking World War Two battleship, the USS Wisconsin, which is moored just outside the museum.

Anyone with any interest in history will find this treasure trove fascinating. In recent years the city has been moving beyond just being a naval hub, with a thriving cultural scene with galleries and museums.

Other sights include the Chrysler Museum of Art, with works by the likes of Monet and Renoir, and Norfolk Botanical Gardens, which displays an expansive collection of flora from around the world.

One of the biggest cruise ship-harbours in the world, Port Canaveral offers plenty to see and do both close by and within striking distance. Wildlife adventures exploring surrounding marshland and rivers around the port are popular on those airboats you've seen in the movies.

And yes, there is a fair chance you'll come face to face with an alligator or two en route. Book a two-hour boat trip around Merritt Island, which is also a playground for manatees, turtles and bald eagles.

Other options include just relaxing on a beach or getting in a round of golf at Cocoa Beach. If you have even a passing interest in space a visit to nearby NASA Kennedy Space Center is essential. Tours take in the astronaut training facilities and those famous rocket launch pads.

Over on Florida's lesser-visited west coast, Tampa presides over its eponymous bay and the sweep of sandy beaches - somewhere you could just chill all day at the likes of Clearwater or St Petersburg.

However, if you wish to explore the city, head towards the downtown skyscrapers and check out the 2.6km-long Tampa Riverwalk, the city's treasure trove of art museums and Busch Gardens with its theme park rides.

You can just walk straight off the ship or rent a bike and cycle along the Tampa Riverwalk. It snakes along the banks of the Hillsborough River, passing by high-rise hotels, museums and theatres, while further afield, Walt Disney World Resort and its various parks tempt.

Ready to book your Atlantic coast cruise? Check out the current deals on itineraries to the above port cities in America with Marella Cruises from summer 2023.

More about the USA 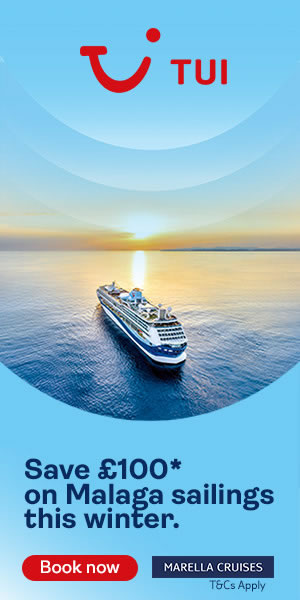