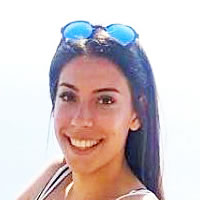 Are you egg-chasing crazy and planning to go to the 2019 Rugby World Cup in Japan? This is the place to be if you're organising a trip to Japan during the tournament.

Welcome to your ultimate guide to the weather in Japan during the 2019 Rugby World Cup. You'll find weather averages for all 12 host cities across the country so you know what to expect and what to pack.

Japan's bustling, ultra-modern capital, Tokyo, is just one of the 12 host cities for the 2019 Rugby World Cup. It's home to Tokyo Stadium, which will host the opening match of the world cup.

As the capital city of Japan, Tokyo is extremely accessible. A direct flight from the UK to Japan usually takes around 11 to 12 hours. It's also easy to get to from the other host cities by both train and plane.

Sapporo is the capital of the mountainous northern Japanese island of Hokkaido. It's known for being a popular ski destination with the renowned resort, Niseko, nearby.

It has previously played host to international sports events such as the 1972 Winter Olympics and the 2002 FIFA World Cup. The Sapporo Dome will be one of the host venues for the Rugby World Cup in 2019.

Kamaishi may be an industrial hub but it also has stunning natural surroundings and is a vital fishing port. It was disastrously rocked by the 2011 earthquake but has come on leaps and bounds in its recovery.

It's set to be one of the host cities for the Rugby World Cup 2019 as a way to thank all those in Japan and around the world for their support. Despite this upheaval, it's blessed with rich nature and is a fantastic historical tourist destination.

As part of the Greater Tokyo area, the region of Saitama has many of its own natural, historical and cultural attractions, and is easily accessed because of its convenient location.

During the World Cup 2019, Kumagaya will host matches at its Kumagaya Rugby Stadium. The city has a rich rugby history and is often referred to as Japanese rugby's "hallowed ground of the East".

This stunning coastal prefecture is located just south of Tokyo. Yokohama is famous for its large Chinatown, street food, traditional, landscaped Sankeien Garden and the Landmark Tower skyscraper with its rooftop garden.

It's also close to Tokyo meaning it's easily accessible. The city's International Stadium is the largest in Japan and will be one of the main host stadiums for the 2019 Rugby World Cup.

Home to Japan's highest peak, Mount Fuji, plus waterfalls, beaches, and hot spring resorts, Shizuoka Prefecture is known to the Japanese as one of the most scenic places in the country.

It's also known for the many star athletes it has produced, including rugby players. You can sip on some green tea and then head to the Shizuoka Stadium Ecopa to watch some of the matches in the 2019 Rugby World Cup.

Aichi Prefecture sits halfway between Tokyo and Osaka and is an interesting combination of the traditional and the modern aspects of Japan. Toyota will be well known by international rugby fans familiar with the local team, not to mention to car giant.

Toyota Stadium, which opened in 2001, was built by the city of Toyota in celebration of its 50th anniversary. You'll have no problems getting there as it's just over an hour from Tokyo by bullet train and just 50 minutes from Osaka.

Osaka is full of culture and historical landmarks but is also known as an industrial and commercial centre, home to the headquarters of leading Japanese companies in industries such as pharmaceuticals and electronics.

Neighbouring Higashiosaka, in particular, is known for its strong industrial base but has also been labelled "the rugby football town" due to its heavy involvement in both sports. The Hanazono Rugby Stadium, which is playing host during the World Cup, is the oldest dedicated rugby union stadium in Japan.

Kobe is Japan's sixth largest city and the capital of the Hyogo Prefecture. It sits in Osaka Bay and is famed for its superb Kobe beef. It's one of Japan's most popular cities, loved for its laid-back, cosmopolitan vibe.

The Kobe Misaki Stadium was originally built as one of the venues of the 2002 FIFA World Cup and is now going to be one of the stadiums used in the 2019 Rugby World Cup.

Fukuoka is a prefecture located on Japan's main Island of Kyushu. It represents the industrial heartland of the island, with nearly 40% of the island's economy flowing from Fukuoka.

The capital, Fukuoka City was established around a castle and is known for its ancient temples, beaches and shopping malls. The Fukuoka Hakatanomori Stadium is the home ground of Avispa Fukuoka football club but it also hosts rugby union matches, including a few internationals.

Kumamoto borders the south of Fukuoka and lies in the heart of Kyushu. Famous for its natural spring water the capital Kumamoto City is proud to have the largest amount of groundwater in Japan. It's also recognised for Kumamoto Castle and other sites dating back to the 17th century.

The Kumamoto Prefectural Athletic Stadium, which will be used as one of the 12 venues for the World Cup in 2019, is normally used for football, rugby, and athletics, and was Belgium's training base during the 2002 Football World Cup.

The third host location on the main island of Kyushu, Oita is a nature lover's paradise and is most famous for having the largest number of onsen (natural hot springs) sources in Japan. The Oita Stadium was finished in 2001 and was designed by leading Japanese architect Kisho Kurokawa.

The weather in Japan - a summary

While we may not yet know precisely what the weather will be like day-by-day throughout the tournament across Japan, we do know what the weather is likely to be up to based on averages gathered over more than 30 years.

The tournament kicks off in September, a month which typically sees summer drawing to a close. Summers in Japan are mostly hot with moderate to high heat and humidity, though the north of the country is cooler than the south.

The majority of the matches are taking places across a swathe of central Japan where, by the middle of September, temperatures have started to fall, and this trend continues into October.

So, from a temperature point of view, the weather is very pleasant with daytime highs in the mid-twenties at the start of the tournament, similar to the South of France in mid-September, falling to around 20°C by the end of the month.

There's still a lot of rain throughout the country in September due to frontal systems moving in from the Pacific Ocean, plus the odd tropical depression or storm, so you'll need to be prepared for rain. It also means a lot of cloud across much of the country, although less so in northern Sapporo.

Through the tournament and into October, the weather should improve in that there should be more sunshine as high pressure systems to the north exert their influence with cooler temperatures. The best weather in terms of sunshine with the least chance of rain will be in the latter half of the tournament.

There's a chance that the tournament may be affected by a typhoon or tropical storm, as the end of the summer is also the height of the typhoon season. However, the risk is low.

On average, mainland Japan is affected for around two days of the month in September by the passage of a storm; by October this figure drops to one day, and after that the typhoon season is all but over.

Every year is different and these storms do not normally affect the entire country, so there's a very good chance you'll not be affected at all during your time at the Rugby World Cup in Japan in 2019.

More about the weather in Japan >>

It's time to start planning your Rugby World Cup 2019 trip. All the essential information you need to know is right here including when tickets will be released and how much they'll be. Plus, you can search for flights to all of the host cities and research the latest deals on hotels, car hire and more.

Don't miss out on the chance to attend the Rugby World Cup Japan 2019. Tickets have now been released for the Rugby World Cup, with the final phase selling any remaining tickets on a first-come, first-serve basis from the 19th January 2019.

Japan seat of power, Tokyo, may sit close to 6,000 miles from London, but given its status as a hive of business and tech, not to mention a beautiful destination, it's also well served by airlines around the globe.

Flights are already on sale to get you to the Pacific archipelago, so if you're going to the Rugby World Cup, it's time to get booking. British Airways flies direct to Tokyo and, as of March 2019, Osaka from London Heathrow.

Other airlines to investigate include KLM (via Amsterdam) and Turkish Airlines*, while Skyscanner* will give you the full range of direct and indirect options.

If you're booking internal flights, JAL and ANA are your best bets for flying between host cities. You can also check out the Japan Rail Pass for information on the country's rail network including tickets.

Get ahead of the game by booking your hotel stay during the Rugby World Cup well in advance. Some of the biggest names in the business can be found scattered across Japan, from Tokyo to Sapporo, Osaka to Yokohama.

You can find out more about visiting Japan, including top tips and things to do in the various host cities, via the official Rugby World Cup Japan 2019 website.

The pools have been drawn for the Rugby World Cup 2019 with hosts Japan in Pool A, defending champions New Zealand with South Africa in Pool B. Below you can find the schedule for the group stages.

All times below are in local standard time.

The 2019 Rugby World Cup is being held in Japan, with matches taking place in stadiums across 12 cities, including the capital Tokyo.

Do I need a visa to visit Japan?

If you are 'British Citizen' or 'British National (Overseas)', you can enter Japan as a visitor for up to 90 days without a visa. Ensure you have at least six months' validity on your passport from the date of entry. You may need proof of a return or onward ticket.

What is the best way to travel around?

The best way to travel around Japan between Rugby World Cup host cities is either by flying or taking the train.

Should I change money in advance?

Generally it is better to buy Japanese Yen once you get to Japan. If you purchase it before you will most likely pay a higher commission and a worse exchange rate than you would get at banks or ATMs in Japan.

As the 2019 Rugby World Cup is spread across 12 different cities, carefully planning your trip is key to making your experience a success.

Make sure you know how to get to and from the places you'll be visiting, book flights and hotels in advance, and see our climate guides so you're prepared for the weather, whichever city you're visiting.

Check back for the latest 2019 Rugby World Cup match fixtures, developments and for weather forecasts in host cities nearer the time.

Back to Sporting Events Top ^