Split is the perfect place to base yourself if you want to explore Croatia's Dalmatian Coast. The city is a speedy boat ride from islands such as Brac and Solta, a short drive from the old towns of Salona and Trogir, and a great starting point for an excursion to the ancient city of Dubrovnik.

Thanks to the increased interest in Split as a holiday destination, it's also easier than ever to get to this pretty port city with its sleek marble promenade, Italian-flavoured streets and piazzas, and quaint surrounding beaches.

Planning a holiday to Split? Don't miss the latest deals to Croatia with TUI*, including great value breaks to historic Split*.

The historic city of Trogir, filled with Romanesque churches and Renaissance and Baroque architecture, is just a 45-minute bus ride away from Split. The UNESCO World Heritage site sits on a small island connected to the mainland by a short bridge.

After you've explored the maze-like streets of the Old Town and seen the magnificent 13th-century Venetian cathedral, you can spend the day relaxing along the Riva (harbour front) sipping Croatian wine at a café or restaurant.

History and archeology lovers will enjoy a short trip to Salona. Salona (or Solin) became the capital of Dalmatia after the Roman conquest and is just 5 km away from Split.

The ancient Roman ruins are unique to the area and make up the largest archaeological park in Croatia. Visitors can explore sights like old mills from the 18th century, and the source of the Jadro River, which provides water to Split and its surroundings.

Want to know when to go to Split? Discover more about the weather in Split and see when we think is the very best time to visit for gloriously long, sunny days.

If you don't want to head straight for one of Croatia's islands, you can still have a relaxed beach holiday by heading down the coast to the Makarska Riviera. The riviera is 60 km long and lines the foothills of the dramatic Mount Biokovo.

Besides swimming in the clear waters of the Adriatic, you can do some hiking or cycling as well. The riviera's pebble beaches are lined with pine and olive trees while the main square is filled with restaurants and an open-air market. Be sure to stop at a konoba, a traditional coastal restaurant, to try the local cuisine.

The journey down the coast from Split to Dubrovnik regularly makes the list of the top 10 drives in the world for its views along the Adriatic Sea, however, it is also one of the busiest routes.

Although Dubrovnik is in theory only a few hours' drive from Split, catching the ferry first thing in the morning circumnavigates any traffic and border queues. You need to cross through a small stretch of Bosnia Herzegovina, which separates Dubrovnik and the surrounding region from the rest of Croatia, and this can cause significant delays, especially in summer.

There are plenty of reasons to go, however: the city's Old Town being the main draw. Renaissance architecture and red-tiled roofs are quintessential Dubrovnik views, and a walk around the walls is a must. You can also make your way up to Mount Srd to see the fortress built by Napoleon. The top of Mount Srd also makes for a wonderful vantage point for watching the sunset.

Solta Island only has a population of 1,500, which makes it an excellent place to get away from other more tourist-heavy islands.

Just an hour away from Split by ferry, you'll be dropped off in the town of Rogac where you can easily hire a bicycle to explore some of the nearby villages. If it's a relaxing retreat you're after, there are coves, bays, and beaches on the coast where you can picnic and sunbathe in peace.

Brac is the largest and liveliest of the Dalmatian group of islands and its popularity means you'll have an easy time finding a way over there. Brac is great for an active holiday: windsurfing, diving, and stand up paddle-boarding can all be found along the southern part of the island.

Zlatni Rat Beach is arguably the island's most popular attraction, but you can also head over to the pretty harbour town of Supetar. Visit the 18th-century Church of Annunciation to see its dramatic mosaics.

Bisevo Island is home to one of Croatia's most unique natural beauties: the Blue Cave. Just 5 km southwest of Vis, you'll be impressed by the limestone cave that glows blue at certain times of the day.

Spend the rest of the day discovering Bisevo's other 25 caves or head to neighbouring Vis and stop in Rukavac for a meal. Most boat tours will also include a visit to another colourful cave, the Zelena Špilja, which glows an emerald green colour.

With a bit of planning and a few day trips from Split, your extra effort will be rewarded with the discovery of Croatia's many features: a hip cultural scene alongside diverse, unspoiled nature, and preserved ancient architecture.

Fancy trying these day trips for yourself? Don't miss the latest offers on holidays to Split from TUI, which departs from London, Manchester, and Bristol. 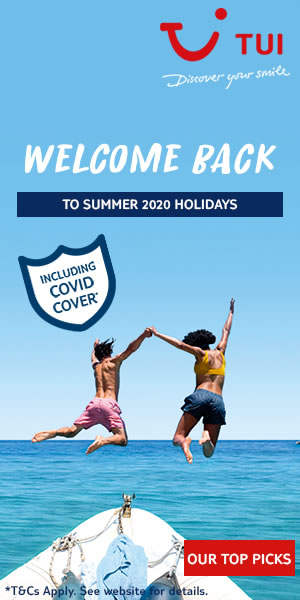