Why you need to visit Balkan beauty Bosnia & Herzegovina

Dotted with sparkling turquoise lakes and waterfalls and covered in some of Europe's last remaining primeval forests, the small mountainous country of Bosnia and Herzegovina on the Balkan Peninsula offers boundless possibilities for nature and culture lovers, skiers, as well as gourmets and night owls.

Getting to Bosnia and Herzegovina: book a city break to the capital via lastminute.com*.

Founded by the Ottomans in the mid 15th century, Sarajevo is set in a valley and surrounded by densely wooded hills. It was also settled by Christians and Sephardic Jews before falling under Austro-Hungarian rule in 1878.

You can still see this diverse cultural legacy - the reason the city is sometimes called the 'European Jerusalem' - in its imposing mosques, grand civic buildings and Romanesque churches, most of which are open to the public.

The terrible events of the early 1990s, when Sarajevo was besieged for more than three years during the Balkans Wars, haven't been forgotten but this is a proudly 21st-century city.

Apart from its historical sites, there is plenty to see and do, from the Turkish-influenced old town of Baščaršija, with its narrow twisting alleyways, hookah lounges and hand-made silverware shops, to the cable car up Mount Trebević, the host of the 1984 Winter Olympics, and two nearby ski resorts.

Many of Sarajevo's lively bars stay open until the small hours and there's a wide choice of restaurants and cafés offering Bosnian and international cuisine.

Pretty Konjic, 60 km southwest of Sarajevo, is one of Bosnia and Herzegovina's oldest towns, with settlements dating back almost 4,000 years.

Divided by the River Neretva, linked by an Ottoman stone bridge, it offers plenty of opportunities for white water rafting, as well as hiking, trout fishing and watersports at the nearby Jablaničko and Boračko lakes.

President Tito's nuclear bunker, just outside the town centre, is now a museum and provides a glimpse into the country's Communist past. A train from Sarajevo takes one hour 15 minutes and is the best, and most affordable, way to see the beautiful countryside.

Although undeniably popular with day-trippers and travellers, Mostar is well worth a visit. Just 50 km from the Croatian border in the south of Bosnia and Herzegovina, the town dates back to the ancient Greeks and is a UNESCO World Heritage site.

With a Mediterranean climate, narrow cobbled streets and a small beach, it also has numerous vineyards that produce some of the country's best wines.

Along with its famous 24-m-high Ottoman stone bridge, considered one of the finest examples of Islamic architecture, Mostar was almost destroyed during the Balkans Wars but has since been reconstructed brick by brick.

For one of the best views, take a motor-powered dinghy trip along the river or bag yourself a spot on the bridge and watch daredevil local divers plunge into the water below. Red Bull also holds an annual cliff diving competition in Mostar.

Travnik, in central Bosnia and Herzegovina, was the country's capital under the Ottomans. Today, it's known for its castle, sheep's cheese and cevapi - Bosnian sausages - the Ćevabdžinica Hari restaurant on Donja čaršija is famed for serving some of the best in the country.

The town's Stari Grad castle, a national monument, is one of the best-preserved castles in the country and dates back to the pre-Ottoman Christian era. In the Museum of Ivo Andrić, former home of the Nobel-prize winning author, born in Travnik in 1892, you can see various artefacts from the great man's life.

Mount Vlašić, the second-highest mountain in Bosnia and Herzegovina at 1,943 m, is only a 50-minute drive from Travnik and is great for hiking and horse riding in spring and summer, with wonderful views and lots of traditional guesthouses to stay in.

It also has a budget ski resort, with around 10 km of groomed slopes and 15 km of cross-country trails.

Lovely Jajce's old town clings to a steep rocky hill with a river either side. The River Pliva tumbles into the River Vrbas via a dramatic waterfall at the foot of the old walls, where there are a series of miniature watermills from the Austro-Hungarian period.

They're connected via wooden boardwalks and you can walk around as the water gushes beneath you, making for great photos. Two pretty lakes - Malo Plivsko and Veliko Plivsko - are popular with boaters and swimmers in summer and there is a handful of lakeside hotels to stay in.

Inside the city walls are the eerie 14th-century catacombs, built into granite rocks on the orders of a Bosnian duke as a final resting place for him and his family.

Just a 15-minute drive north of Sarajevo, the Skakavac waterfall is one of Bosnia and Herzegovina's most spectacular natural attractions. At 98 m high, it's the country's tallest and the fifth-highest in the Balkans.

There are nature and mountain biking trails in the surrounding rolling countryside, with a number of tour operators such as Highlander Adventures offering expert-guided tours.

You can find out more about the weather in Sarajevo and wider Bosnia and Herzegovina plus when we think is the very best time to go in our climate section.

Ready to discover Bosnia and Herzegovina for yourself? Check out the latest deals on city breaks with lastminute.com. 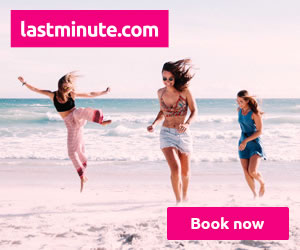 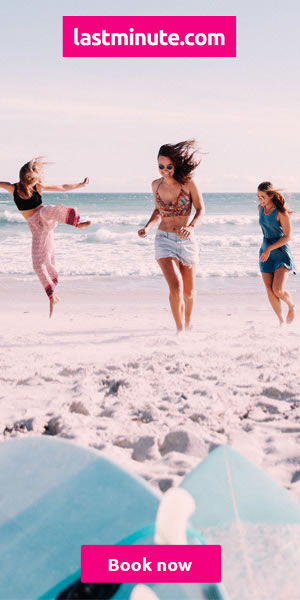