What to see and do on a city break in Singapore

This island city-state off Malaysia's southern coast encompasses a diverse culture within its tropical expanse. While Chinatown and Little India are two well known areas that exhibit the island's multicultural identity, many more neighbourhoods display the city's sense of community and heritage.

Now considered one of the world's great international hubs, Singapore has evolved rapidly in recent decades, with districts made up of gleaming skyscrapers and architecturally impressive landmarks. In more recent years, this modernisation has brought with it a new appreciation for the importance of the arts, resulting in a burgeoning creative scene, as well as a realisation of how important this city's past is to its present and future identity.

Highlighting the city's star growth in popularity, you can book a city break to Singapore with TUI*. Depart from airports across the UK, and enjoy a week exploring this enchanting destination. From the arts and areas of untouched wilderness to the local food scene and celebrations, here we take a look at the best things to do on a break to Singapore to really whet your appetite.

Two arts hubs to have opened in recent years are Gillman Barracks and, the latest addition, National Gallery Singapore. Built in 1936 as an army barracks, the former comprises over 10 contemporary art galleries and a selection of dining spots where live music is often held. The latter then holds more than 8,000 works of art, making it the largest collection of modern art in southeast Asia.

Another of Singapore's great cultural venues is the ArtScience Museum at Marina Bay. Set apart for its distinct architectural structure resembling a lotus flower, the museum sits harmoniously alongside the famous towers and sky-deck of Marina Bay Sands, and striking durian-like structure of Singapore's performing arts centre, Esplanade - Theatres on the Bay. For a bird's-eye view over Marina Bay and beyond, take a ride on the city's big wheel, the Singapore Flyer.

Gardens by the Bay spans 101 hectares of the land that backs onto Marina Bay Sands, and is the setting for one of the city's most iconic sights; rising up to 50 metres from these waterfront gardens, the 'supertrees' act as vertical gardens with a canopy walkway connecting them and ambient solar powered lighting at night. And while these are the main attraction here, the gardens are ultimately a place of flourishing natural beauty, with the two glass domes - the Flower Dome and Cloud Forest - to explore.

At one time much of this island would have been covered in rainforest, and while the urban sprawl is now most dominant, some of the primary rainforest remains. Bukit Timah is just 12 kilometres from the centre of the city comprising 163 hectares of nature reserve with an extraordinarily rich ecosystem owing to Singapore's position on the equator.

Established in 1883, this forest reserve was the island's first protected pocket of wilderness with its flora and fauna looked after by Singapore Botanic Gardens. Another example of Singapore's lush tropical environment, the botanic gardens are one of the city's most popular and inviting places to picnic or stroll through, with the National Orchid Garden and a symphony stage also within its borders.

Meanwhile, a wealth of wildlife can be encountered up close by paying a visit to Singapore Zoo where more than 2,800 animals reside in an expansive rainforest setting. Just one of the wildlife reserves in Singapore, other sites and experiences include the River Safari, Singapore's famous Night Safari and Jurong Bird Park, which is the largest reserve of its kind in Asia.

With a little more time, pay a visit to the city-state's offshore islands for a glimpse into village life and Singapore's natural scenery. Pulau Ubin is the most popular island escape for its green space and woodland, which is intersected by cycling trails. The harbour-side village caters for its abundance of weekend visitors with bicycle hire and casual restaurants serving some of the best seafood you can find in Singapore.

This small island is also home to the Chek Jawa Wetlands, which is one of the richest ecosystems in Singapore and home to wildlife such as the hornbill. The island can be reached by boat from Changi Point Ferry Terminal. The southern island Pulau Hantu then attracts visitors to its sheltered shores for its rewarding snorkelling and diving. Pulau Hantu can be reached by chartering a boat from West Coast Pier.

The most famous offshore destination in Singapore though is the island resort Sentosa, which is connected to the southern coast via road, cable car, monorail and a pedestrian boardwalk, and filled with major attractions such as Universal Studios Singapore, S.E.A. Aquarium, and the observatory Tiger Sky Tower. Each of these attractions lies within wild natural flora, alongside stretches of coast such as Palawan, Siloso and Tanjong Beach.

Delve into the food scene

One of Singapore's greatest accolades is undoubtedly its food, with a culinary offering that reflects the island's cultural diversity. From lively hawker centres such as Lau Pa Sat that serves authentic Asian cuisine, to an exciting restaurant scene that sees the arrival of new additions at a breathless pace, this is a city that truly celebrates gastronomy.

Stand out fine dining restaurants are even being named among the world's best; Restaurant André stands out in particular for chef André Chiang's menu of creative contemporary plates. For authentic Peranakan fare, pay a visit to Katong, where shophouses on East Coast Road and around Joo Chiat specialise in local favourites such as stuffed rice dumplings and popiah rolls.

To see Singapore at its most vibrant, pay a visit during one of the island's annual festivals. Visiting during a cultural occasion such as Chinese New Year in February or October's Mid-Autumn Festival reveals the traditions that have long been held here through parades, street markets, and a wealth of festival food. And in juxtaposition to these long-held customs are the events that have been bringing people together in recent years to celebrate music, the arts, community and sports such as the Singapore Grand Prix, which takes place here each September.

Singapore is bursting with places to see and things to do, but sometimes the best way to discover a city is to simply take a stroll. And in Singapore, days - even weeks - could happily be spent getting to know the different neighbourhoods.

From the traveller favourites - Orchard Road, Little India, Chinatown, and Marina Bay - head to Kampong Glam for its cafes, boutiques and impressive mosque, Tiong Bahru for its independent shops and inspired restaurants, and the east of the island for its coastal parkland and local dining spots. It may not be possible to cover everything in one trip, but the more time that's set aside for simple exploration, the more you'll get a feel for the Lion City.

If Singapore's many sights appeal, the good news is that you can now book a city break to Singapore with TUI from the likes of Edinburgh, Birmingham, and London among others. Don't forget to check out the weather in Singapore, and see when we think is the best time to go for ultimate conditions for exploring this magnificent city. 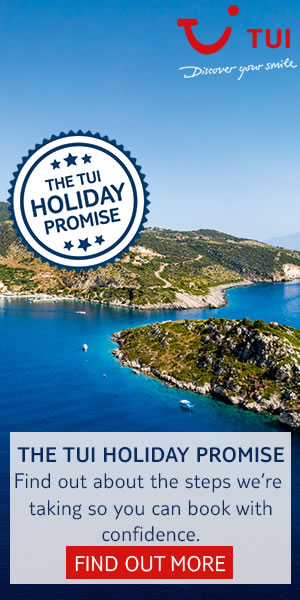