Canada's elegant, leafy and forward-looking capital city is stepping out of the shadows of Toronto, Montreal and Vancouver.

Set on the banks of the Ottawa River, packed with green spaces and easy to explore on foot or by bike, Ottawa - and its French-speaking sister city Gatineau, just across the water - offers an appealing mix of quirky attractions as well as both relaxing and energetic activities.

Getting to Ottawa: if you're planning an escape to Canada's vibrant capital, check out Kiwi.com to compare flights* from destinations worldwide.

1. Sail or skate down the Rideau Canal

Winding its way through Ottawa, this 202 km-long waterway connects the city with Lake Ontario and the Saint Lawrence River. Built in the early 19th century, it was named a UNESCO World Heritage Site in 2007.

A leisurely boat trip is a fine way to explore the Rideau Canal (French for "curtain", a reference to the appearance of the Rideau Falls when they plunge into the Ottawa River) during the summer.

But it really comes into its own in the winter, when the water freezes over and the canal becomes the longest ice-skating rink on earth.

2. It's fantastic for foodies

Ottawa has a diverse, creative and rapidly expanding foodie scene. The ByWard Market is a good place to start: dating back to 1826, it is one of Canada's oldest and largest markets, boasting innumerable food stalls, restaurants, cafés and bars.

Alternatively, C'est Bon offers culinary-themed walking tours of the city, including ones that focus on Chinatown, Little Italy and hip Hintonburg neighbourhoods.

Dishes to look out for while you're in Ottawa include beavertails (flat, sugary doughnuts), poutine (French fries topped with cheese curds and gravy) and shawarma kebabs (a reflection of the city's sizeable Lebanese-Canadian community).

3. The architecture is spectacular

Head over to Parliament Hill to check out the neo-Gothic splendour of the federal government buildings, the focal point of which is the soaring Peace Tower, Canada's answer to London's Elizabeth Tower, the home of Big Ben.

Nearby is the Fairmont Château Laurier, a grand hotel built in 1912 and resembling a fairytale castle, complete with turrets, towers and spires.

If your architectural tastes are more modern, don't miss the striking glass-and-granite National Gallery of Canada, which was completed in 1988.

4. It has a thriving arts & cultural scene

Ottawa and Gatineau boast seven of Canada's nine national museums. The pick of the bunch are the Canadian Museum of History and the aforementioned National Gallery of Canada.

The former whisks you through 20,000 years of human evolution and has a dazzling array of giant totem poles from Canada's Pacific coast in its Grand Hall.

The latter, guarded by one of Louise Bourgeois's giant spider sculptures, has an extensive Canadian and international collection that includes works by Andy Warhol, Gustav Klimt and Vincent van Gogh, to name just a few. There's also an impressive range of indigenous - and particularly Inuit - art on display, including a 5,000-year-old sculpture.

5. You can explore a Cold War bunker

In the quiet rural community of Carp, 30 km west of central Ottawa, the Diefenbunker is a vast subterranean Cold War bunker. It was built in 1959 to shelter government officials and other notables in the event of a nuclear strike, but thankfully was never needed.

In 1998, it was turned into an atmospheric museum and visitors can now explore the war rooms, cryptography centres and living quarters, which retain their original kitsch 1960s décor. The Diefenbunker is also home to the world's largest escape room if you're after a more immersive experience.

Ottawa is an ideal base for white-water rafting and kayaking enthusiasts. The upper Ottawa and Madawaska rivers have a challenging array of class III-V rapids, and several rafting companies have centres just over an hour's drive west of the city.

If you prefer a gentler paddling experience, there are several class I-II rapids on a stretch of the Ottawa River close to downtown. Or you can head out on the river or the Rideau Canal in a replica voyageur canoe, the vessels used by the fur traders who travelled through Canada during the 18th and early 19th centuries.

7. It has a kicking nightlife

There are plenty of dive bars, microbreweries, old-style pubs and rooftop lounges in both Ottawa and Gatineau. The craft beer scene, in particular, is developing fast: Waller St Brewing and Lowertown Brewery are two great spots for a cold one. Alternatively, head over to Soif, a wine bar run by world-renowned sommelier Véronique Rivest.

8. The great outdoors is close at hand

Despite being only a 20-minute drive from central Ottawa, Gatineau Park feels a world away from the bustle of city life. Spanning 361-sq-km, this conservation area encompasses forests, lakes, beaches and hills and is crisscrossed by a multitude of trails.

It's a haven for cycling, hiking, swimming, canoeing, rock climbing, horse-riding, zip-lining and (in the winter) ice skating and cross-country skiing. There are several campsites, cabins and even a few yurts in the park if you want to stay the night.

The weather in Ottawa offers distinct extremes. In summer, days are typically long, warm and sunny while in winter, it's the polar - almost literally - opposite with very little sunshine and temperatures below freezing. See when we think is the very best time to go to explore Canada's capital.

Is Ottawa on your travel bucket list? If you're considering a hop across the pond to Canada then make straight for Ottawa with great value fares on flights via Kiwi.com. 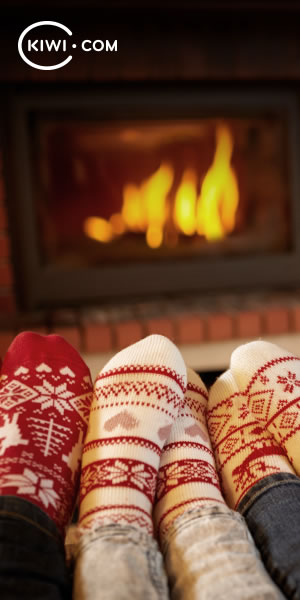