10 of the most affordable US cities

Holidays in America* don't need to cost the earth - some of our favourite stateside cities are surprisingly affordable.

Whether it's due to free public transport networks, free festivals, or a high number of museums and galleries which waive admission fees on certain days, there are many urban centres that you can explore without breaking the bank. Here's our pick of the best American cities for the savvy spender.

Getting to the USA: Virgin Atlantic is committed to offering great value transatlantic fares* from a number of UK airports. You can fly direct to many of these cities or make a quick change at mega hubs such as Atlanta.

It's a myth that you need to be minted to holiday in Miami*. Some of Florida's best free museums - including the Miami Children's Museum and the Perez Art Museum Miami - are admission-free on certain days (Friday for the former and Thursday in the case of the latter).

It's also worth heading over to the New World Center - one wall of this beautiful concert hall acts as a giant screen, allowing music fans to enjoy free symphony performances beneath the palm trees.

For an art fix, join the monthly (free) art tours of the Wynwood district. The Wynwood Art Walks provide an unbeatable insight into this colourful neighbourhood with visits to several galleries and studios.

Getting around Miami doesn't need to cost the earth either - simply hop on the free Metromover shuttle, which covers Downtown, Brickell and Bayside.

There's lots of free fun to be had in Atlanta*, Georgia, starting with the free walking tours of the Atlanta Beltline, the connected parks in the footprint of a former railway line.

The city is full of equally beautiful green spaces, most of which are free to visit and provide a brilliant insight into Atlanta's past. This includes the Martin Luther King Jr. National Historical Park and the historic Oakland Cemetery, the resting place of various local legends, including Atlanta's first black mayor, Maynard Jackson.

Don't miss the chance to wander through the Jimmy Carter Presidential Library, either. Team it with a visit to nearby Centennial Olympic Park, with its packed calendar of free, year-round events.

Museum-wise, top of your list should be the David J. Sencer CDC Museum, which is free to visit on weekdays and provides a fascinating insight into the world of disease control.

Another reason to love Atlanta? It's home to one of the world's busiest airports, with airlines such as Virgin Atlantic* offering several flights to the city from the UK every day, allowing for plenty of flight options, too.

Getting a retail therapy fix became significantly easier in 2019 when Empire Outlets - the first outlet centre in the Big Apple - opened in May. Brands at the complex, which you'll find on Staten Island, include Nordstrom Rack, H&M, Nike and American Eagle Outfitters.

New York* is another destination with a packed calendar of free events, including free movie screenings on Coney Island, Pier 63 and some of its most beautiful green spaces, such as McCarren Park and Bryant Park.

Many of New York's biggest attractions - including (on Wednesdays) the American Folk Art Museum - are admission-free, and there's a wide range of free tours, too, whether it's the art-themed explorations of Teardrop Park or the tours of the famous Brooklyn Brewery.

Finally, don't forget that the city's Staten Island Ferry is now free of charge. The 25-minute journey is a great way to take in the view of New York Harbor, the Statue of Liberty and the Manhattan skyline.

Top tip: check out the New York City Pass for savings on the city's major attractions.

Boston* has one of the most extensive bike share systems of any US cities. Blue Bikes has 2,500 bikes at 260 stations throughout the city, and you'll pay just £7 for 24-hour hire.

Getting from the airport to the city is cheap and easy too, thanks to the free Silver Line bus transfer, and the MBTA (or 'the T' to locals) is one of America's cheapest public transit systems, with single fares starting from just £1.70 (purchase a Charlie Card to make further savings).

Other free things to do in Boston include the self-guided Freedom Trail tour, which focuses on 16 of the city's most historically significant sites, and a free tour of the Sam Adams Brewery, where you'll be treated to a complimentary beer. Cheers!

While lots of American cities offer passes with discounted access to major tourist draws, few provide better value than the CityPASS. It includes entry to some of Seattle*'s most popular attractions, including the Space Needle, Seattle Aquarium and a harbour cruise with Argosy Cruises.

There are plenty of free tours too, including guided explorations of Chateau Ste. Michelle, Washington State's oldest winery. Sports fans are especially well catered for in Seattle - a tour of T-Mobile Park, home of the Seattle Mariners baseball team, will set you back just £7.50 per person, while a tour of the CenturyLink Field, the home turf of the Seattle Seahawks American football team, costs £9.

If you're visiting in summer, make time for one of the many free events in Seattle, such as the Out to Lunch series of free concerts held in the city's public parks.

You'll find some of America's cheapest hotels in Las Vegas* - many of its most popular properties have room rates starting from under £50. This includes Circus Circus, where rooms start from just £13, and the castle-shaped Excalibur, where rates start at £18.

Admittedly these ridiculously low rates are offered in the hope you'll lose your life's savings on the poker table, but there are plenty of other ways to pass the time, starting with a visit to the Bellagio Hotel and Casino, where you can watch the world's largest choreographed fountain display.

Finally, it's a little-known fact that you can book a visit to James Turrell's famously womb-like Akhob art installation, inside Louis Vuitton's flagship store in the Crystals shopping centre, by booking a slot with one of the sales assistants.

Top tip: check out the Las Vegas Power Pass for savings on the city's major attractions.

As much as we love the Big Apple, Philadelphia* comes a close second, and it takes under two hours to drive there from New York, so it's still easily accessible. Our favourite aspect? Philly has a thriving BYOB (bring your own booze) scene, with a huge number of restaurants signing up to the concept.

Another reason to love Philadelphia? Getting around is ridiculously easy. We recommend the Independence Pass, which allows you to use any tram, subway, train or bus operated by the Southern Pennsylvania Transportation Authority for as little as £10 a day.

Work off your indulgences with an art-themed walk around the city, which has America's largest collection of public art, but make sure you stop by the Independence Visitor Center, where you can pick up free tickets for tours of Independence Hall.

Denver* is another city with lots of great (and most importantly, free) attractions for art fans, including the monthly First Friday Art Walk, which introduces visitors to the Golden Triangle Creative District, with its 30 galleries and studios.

The free tours of Colorado's beautiful State Capitol building are also worth checking out, as are the free tours of the US Mint, where you'll be able to watch freshly-pressed coins roll off the production lines.

The Denver Performing Arts Complex hosts several free performances a year, although tickets are on a first-come, first-served basis, so keep a close eye on the website.

There's plenty for music lovers too, including (during the summer months) live jazz concerts in City Park, and several free music festivals. Our favourite is the Cherry Creek Arts Festival, held in July.

Our favourite New Orleans* tradition? The 25 cent martini, something offered by some of the city's best restaurants, including the historic Commander's Palace.

Simply order lunch here during the week and you'll be entitled to a delicious martini for just 25 cents. Don't panic if you overdo it either - just offset the damage with one of the free fitness sessions offered by Move Ya Brass, famous for their energetic classes held in the city's parks.

For a musical moment, stroll over to Louis Armstrong Park, where jazz bands perform for free every Thursday during spring and autumn, or head to Le Bon Temps Roule, a live music venue which serves up free oysters on Fridays.

Top tip: check out the New Orleans Pass for savings on the city's major attractions.

One thing that helps to make Chicago* so affordable is that it's incredibly easy to explore on foot - the best things in life truly are free in this fantastic city.

This includes the art-filled Chicago Cultural Center and Garfield Park Conservatory, where you'll find 5,000 plants from all over the world. There are numerous free tours, too.

Chicago Greeter is a free scheme which pairs visitors with local volunteer guides who'll offer their unique perspective on the city, and Chicago Walking Tours offer a range of guided tours covering art, architecture and history.

And then there are its museums - the National Museum of Mexican Art, The Oriental Institute and the Museum of Contemporary Photography are just some of the many museums with regular admission-free days.

Inspired to book your budget city break? Check out our complete collection of Virgin Atlantic deals on flights to the US today.

More about the USA 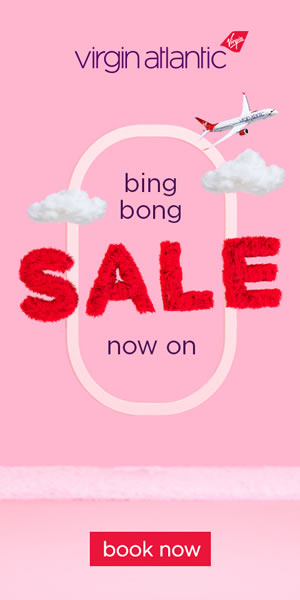