A first-timer's guide to the Scottish Highlands

There is nowhere in the British Isles quite like the Scottish Highlands*. This vast wildscape is alive with hulking mountains, tumbling glens and lochs that put the rest of the UK to shame.

Did you know that all the water in the lakes in England and Wales wouldn't even fill Loch Ness? This is scenery on an epic scale, with jaw-dropping views at every turn in the road. It's easy to see why Queen Victoria built a holiday retreat in the Highlands.

Today, you can follow in her footsteps and enjoy your own Highland fling awash with castles, historic villages and national parks, alongside all manner of wildlife.

Getting to the Scottish Highlands: one of the best ways to experience the best of the Highlands in one go, even just as an introduction, is by hopping aboard an expert-led coach tour. Check out the various itineraries available from National Holidays*, which departs from stops across the UK.

The Highlands: an introduction

Over the last two decades as a travel writer I've been lucky to visit over 100 countries, but hand on tartan heart the wild and wildly beautiful land north of that great geological faultline, the Highland Boundary Fault, is the most spectacular corner of the planet for me.

I return time and time again, and each trip is dramatically different. On one adventure I chance upon a herd of red deer, the UK's largest land mammal and, on the next, a rare pine marten, splashing otter or even a killer whale.

Scotland* even has its own wildlife 'Big Five', red deer, otters, harbour seals, golden eagles and red squirrels, and you can see them in their natural habitat in the Highlands.

Scenery and history constantly unfurl in front of your eyes too; visiting the Highlands is like being in a movie, but your own blockbuster is better than Highlander, Rob Roy and Braveheart rolled into one, as it's real.

You can smell the heather, hear the bird song, breathe in lungfuls of oxygen-rich air and see beyond the shortbread-tin images with your own eyes. Keep your camera handy at all times, though, as this is a part of the world that constantly beguiles and surprises. You'll want to savour the memories long after you've drifted home.

One of the great things about the Scottish Highlands is that it's almost impossible to have a bad holiday. The sometimes unpredictable only adds to the drama, as waterfalls plunge down the glens, skies glower and drams around a cosy fire taste all the sweeter.

The light is ever-changing under the vast Atlantic and North Sea skies, daunting, thrilling, spirit-soaring, but never, ever dull.

Capital of the Highlands & the Great Glen

The Highlands boast so many highlights that it can be hard to know where to start and where to go next. A great place to start is Inverness, the Highland capital and its only city. The well-stocked shops tempt, the museums open up the region's tumultuous history and riverside walks entice.

West of Inverness, along another great geological scythe, the Great Glen, we come to Nessie's home of Loch Ness. It's every bit as staggering as any Norwegian fjord and Loch Ness surprises many visitors with its tree-shrouded wildness.

If you don't see the world's most famous monster you'll still have the memories and if you do it's your round as you'll make a fortune from the photo. The Great Glen surges further west to seek the Atlantic at the old garrison town of Fort William*, which reclines in the shadow of Ben Nevis, at 1,345m (4,412ft) the highest peak in the British Isles.

To the north of the Great Glen, Glen Affric is the Highlands in a gloriously unspoilt nutshell: majestic mountain peaks soar, ancient Caledonian forests cloak the lower slopes and a sweep of brooding lochs and lochans pepper what looks like a BBC wildlife documentary.

Dipping south into the Cairngorms National Park, the UK's largest, we come to picturesque Aviemore. The mountains soar here too, this time across the Cairngorm massif, snow-capped for much of the year and always sublime.

On the other side of the Cairngorm Mountains lies Deeside, which brings us back to Queen Victoria, as she chose to build the home the British Royal Family still use every summer at Balmoral Castle, lending the region its epithet 'Royal' Deeside.

It's easy to see why they choose this slice of Aberdeenshire; this land of forest-clad rugged slopes and surging rivers was eulogised by Lord Byron, who thought 'England! thy beauties are tame and domestic' compared to Prince Charles's favourite Munro (a Scottish mountain at least 914m/3,000ft high), Lochnagar.

A drive through Royal Deeside takes you deep into this wonderland, where the seriously haunted Fyvie and Crathes castles seduce the brave.

When Deeside meets the North Sea in the east it does so in serious style. Such style that Dunnottar Castle was chosen for Franco Zeffirelli's Hamlet. Just to the north is the historic fishing village of Stonehaven, with the 'Granite City' of Aberdeen a short drive further on.

The coastline north of Aberdeen is a stunner. Cruden Bay, where Bram Stoker was inspired to write the first chapters of Dracula, stars with its world-class beach.

The Banffshire Coast is home to the charming coastal towns of Fraserburgh and Banff too; inland Ballindalloch Castle & Gardens is the quintessential Highland castle.

We sweep south and west now to follow the Vikings in search of Oban*, Scotland's busiest ferry port, renowned both as the 'Gateway to the Isles' and 'Scotland's Seafood Capital'.

I cannot think of a finer bay: low, emerald hills frame the background, the Victorian resort with its distillery and the Colosseum-esque McCaig's Tower fills the foreground and then the waters ease off west sprinkled with isles, with sunsets that have to be seen to be believed.

I always recommend a ferry trip across to Mull from Oban. It takes less than an hour, so you can dip into the Hebrides and get back to Oban easily. Watch for dolphins en route!

Last but not least, we come to the southern extremities of the Highland Boundary Fault, which cuts right through Loch Lomond*, the largest body of fresh water in mainland Britain.

The heart of the Loch Lomond and the Trossachs National Park, the loch is an island-studded oasis draped in romance, folk songs (remember the 'bonnie, bonnie banks of Loch Lomond'?) and tall tales.

Don't miss the nearby Trossachs, the foothills of the Highlands with hills of their own and the lochs of Achray and Venachar.

The built environment charms too with the trim shop and café-dotted villages of Callander and Aberfoyle in the Trossachs and Luss right on the shores of Loch Lomond. Cult Scottish soap opera 'Take the High Road' was filmed in whitewashed, dreamy Luss.

As always with the Highlands, you'll have realised by now the reality is even more spirit-soaring, senses-tingling and life-affirming as anything TV or Hollywood films can conjure up.

Weather in the Highlands

For a relatively small nation, the weather in Scotland is surprisingly variable from north to south, east to west. The same is true of the Highlands. This is, in a large part, down to the many majestic mountains, which have a great impact on conditions, as well as the surrounding oceans.

The above guide shows the weather in Fort William, but do see what the average conditions are like in Aviemore, Inverness, Aberdeen and the Trossachs for comparison. 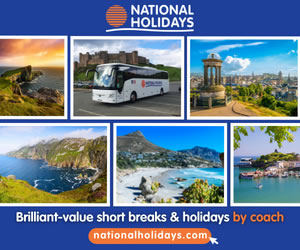 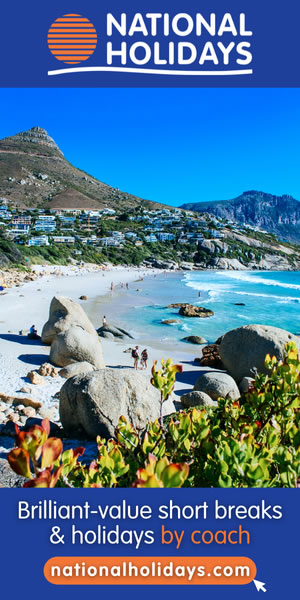