Mention Austria, and many people will think either city break heaven or prime winter ski spot. Yet, this landlocked European nation has so much more to offer adventurous holidaymakers in the summer season as well.

From adrenaline-pumping bike trails through the Alps to wine tasting, sipping cultured coffee in Vienna, and averting your eyes (or blending in with the locals) from your pick of naturist beaches, Austria promises to delight.

Did you know that TUI also hosts a number of scenic holidays in various spots across Austria? Find out more about the types of things you could do on holiday in Austria with TUI* and be inspired to book that break after finding out more...

1. Hear the Sound of Music

Salzburg is still alive with the Sound of Music. Back in 1964 Mozart's birth city hosted all 250 cast members from the hit movie.

You might even do Do-Re-Mi with Julie Andrews and Christopher Plummer. The starring couple have returned for various movie reunions in Austria's most musical city.

A 14-year-old Arnold Schwarzenegger picked up his first set of dumbbells in his hometown of Thal near Graz. His childhood residence is now a museum dedicated to all things Arnie.

Exhibits include a sword from Conan the Barbarian, plus The Terminator's very own Harley-Davidson. Schwarzenegger was born in this former forester's lodge in 1947.

Nearby, the Arnold Schwarzenegger Wanderweg hiking route takes you on a walk of the bucolic surrounding countryside. Just don't bump into The Predator en-route.

Austria's Alpine ski resorts are so lofty that guests can ski down a glacier in high summer. Take the Hintertux Glacier at 3,250m up, which sits on an icepack 120m thick.

Fresh powder is rare, but summertime lift passes are a bargain compared with busy winter periods.

The Stubai Glacier is more family friendly and has a children's zipline at 2,600m in altitude.

It also hosts the Restaurant Schaufelspitz, the world's highest gastronomic eatery. Alfresco dining here is so sunny that it requires parasols and sunscreen. Non-skiers can try ice climbing and hiking, or visit an Ice Palace filled with natural crystals.

Viennese coffee houses are so integral to local culture that they make up a UNESCO cultural heritage site.

The story started in 1683 when retreating Turks left sacks of beans at the city gates. Following a little experimentation with milk and sugar, the Wiener Kaffeehaus was born.

Most coffee houses couple marble-topped tables with free newspapers and lofty ceilings. Plus well priced drinks, so that all patrons can exercise their democratic right to enjoy the slow drip drama of kaffeehaus culture.

Poets and revolutionaries have ordered cream-topped cups at establishments like Café Hawelka and Café Landtmann. Viennese writer Peter Altenberg spent so much time in Café Central that he had his mail delivered there.

5. Strip off by the Danube

Freikörperkultur (FKK) is a movement that espouses the health benefits of being nude in nature. That's why Vienna has its own naturist beachfront right on the River Danube.

Naturistenpark Lobau goes one step further by offering a splendid family-centric campsite right on the water.

Be aware that many of Vienna's mixed-sex spas, including Badehaus Sargfabrik, are also FKK. Note that there's nothing sexual: it's just that Austrians don't like sitting in wet swims!

6. Cycle slowly along the Danube

The Danube Cycle Route calls at Austria's finest sights, including the cultural city of Linz and the ancient town of Enns.

The Wachau wine region and baroque village of Grein, where ancient taverns sell homemade cider, are deservedly popular too.

Most bikers pedal downriver from west to east with the wind at their backs. Follow them past Danube scenes of weeping willows, river cargo and fishing villages little changed in centuries.

The art of multi-pitched 'yelling' between Alpine villages started as a form of communication during the 16th century. Local radio stations still pump out modern yodelling like it never went out of fashion.

Ninety-minute yodel workshops are offered in the lovely lakeside resort of Zell am See*. Participants then ride a cable car up Schmittenhöhe Mountain to try yodelling across the nation. Ungainly traditional costumes optional.

8. Take a ride on the Semmering Railway

It's arguably Europe's most scenic railway. A 41 km run through soaring mountains that's protected by UNESCO. Train passengers rattle past 16 viaducts and over 100 stone bridges along the winding journey.

The route also pioneered summer mountain tourism in one of Austria's most scenic corners - an epicentre of hiking, biking and paragliding.

Despite being built in 1854, Semmering still hosts a fully functioning section of the Austria's Southern Railway from Vienna to Graz.

Tip: make sure you ride the rails soon - a high-speed tunnel is being built under the tracks to replace the ancient route by 2026.

9. Cable car up - mountain bike down

Ever wondered what happens to most ski resorts during summer? Many stations in the Tirol region are transformed into sunny mountain bike resorts.

Here you can rocket downhill on two wheels - then cable car back to the top without the pesky pedalling. These Bike Parks, as they are known, include jumps, bumps and meadow descents.

Typical is the X-Line Saalbach*, which drops 1,000m over 6 km of twists and turns. The resort has an additional 200 km of other waymarked trails to its name.

Alternatively, the Tirol Mountain Bike Safari is a lift-assisted trail that stretches for 670 km across the Austrian Alps.

While you may not have considered Austria as a summer holiday destination, you can see there really is plenty to do for all ages and groups, be it romantic break or a family escape.

Check out the latest deals on holidays to Austria with TUI, and you could be enjoying an altogether different kind of experience this summer. You can also find out more about the weather in Austria, and see when we think is the very best time to go to make the most of all these exciting attractions. 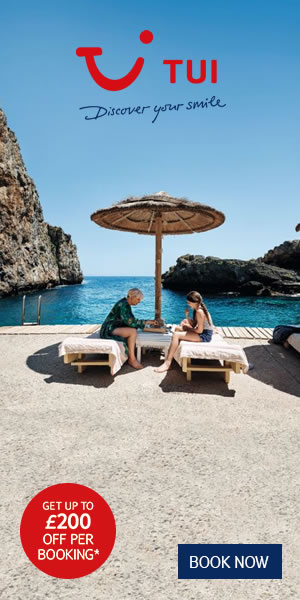