7 reasons to stopover in Bangkok, Thailand

Bangkok is far more than a gateway to the beaches, islands, and highlands of Thailand*, and southeast Asia. Here, we look at some of the city's highlights, giving you every reason possible to do more than simply pass through, but stay, sample, smell, and experience this exuberant, colourful, and characterful city.

7 reasons to stopover in Bangkok

Whether you're tempted by the budget friendly street food, historic sites or immense temples, Bangkok is an intoxicating city that begs to be visited time and time again. Since TUI launched its city breaks*, you can now escape to Bangkok from airports across the UK for less than you might expect, while TUI's multi-centre holidays* allow you to combine a bit of city with some beach time elsewhere in Thailand as well. Read on to see why you should include Bangkok in your next trip.

1. Gawp at the Grand Palace

Arguably the city's most popular if not most impressive attraction, the Grand Palace is the seat of power and home of the Thai royal family. Built in the late 1700s, the palace has a rich collection of pavilions, temples, and ornate architecture with everything from marble elephants to endless shimmering gold rooftops.

Don't miss the temple of Wat Phra Kaew, which houses the famed Emerald Buddha, a prized carving from a single block of jade that dates from the 15th century. Please note, a strict dress code applies for entry into the Grand Palace.

Bangkok is crammed with temples dressed to the nines, as well as countless more illuminated local shrines. To sample some of the big hitters, head to Wat Pho, close to the Grand Palace, where you'll find the country's largest collection of Buddha images. There's also an enormous reclining Buddha, more than 90 individual stupas, and intricate statues at every turn.

Down and across river, you'll come to Wat Arun, another of the city's great temples, believed to date back to the 17th century. Its striking pagoda is instantly recognisable - especially when lit up at night. For a temple with a different flavour, make for the Sri Maha Mariamman of southern Indian flair, open to non-hindus. If you're planning a day's temple hopping, remember to dress appropriately to avoid disappointment.

In this bustling and busy city, space is a luxury, which is why you won't find many parks in the Thai capital - one of the reasons Lumphini Park is such a hit. The park dates back to the 1920s, when King Rama VI gave this area of royal land over to public use. Today it's a peaceful retreat in which to enjoy the breeze through the trees where locals come to make use of the facilities, including the library, and numerous music festivals. If you're feeling active, hit the running track or hire a swan pedalo, while no visit is complete without eyeballing the King Rama VI statue.

You can also try your hand at some inner city bird watching. Thanks to Bangkok's scarcity of open green spaces, Lumphini Park has attracted quite the following of feathered friends, including migratory bird species. Anything from chirpy mynas to bulbuls and more can be spied by keen twitchers, while tortoises and resident monitor lizards (of varying size) keep things interesting on the ground.

While there are plenty of places to get stuck into high end contemporary dishes, there are many more where you'll find flavoursome, cheap and tasty eats. Meat, rice, veggies and noodles abound, and you're sure to find something for you in the capital. Khao San Road may be a huge hit with tourists, but it's also just that: touristy. If you want something other than street food, try Condoms & Cabbages, where your traditional Thai is served under twinkling fairy lights with condom paraphernalia on display - but don't be put off, it's for a good cause: the restaurant raises money to support the government's family planning initiative.

Bangkok's Chinatown is a vibrant blend of neon lights, traffic jams, and markets, not to mention a concoction of Chinese and southeast Asian influences in everything from food to architecture. It's an area that hums day and night, whether you're taking an expert led walking tour or just diving in among it all, sampling seafood on Yaowarat Road or haggling in the markets of Sampeng Lane.

Earn your ice cold beer and people watching spot (a must!) with a visit to Wat Mangkon Kamalawat, the city's largest and most revered Chinese Buddhist temple, where flamboyant dragons adorn the tiled roof and colourful displays draw you to the gold Buddhas inside.

Forget souvenirs: if you take one thing away from Bangkok, let it be interior inspo from The Jim Thompson House. Compiled in 1959 by the extravagant American entrepreneur of the same name (who vanished in Malaysia a mere eight years later), the house was constructed of original wooden Thai buildings (the oldest dating back to 1800), which he collected from across the country. Today, the house is - as he intended - a museum, showcasing some of the finest traditional architecture and craftsmanship, as well as the delightful decor and valuable art he tirelessly collected.

From Chinese porcelain to Thai wood carvings, woven silk, and Burmese sculptures, The Jim Thompson House showcases pieces from across southeast Asia. The house itself was so thoughtfully put together (don't miss the incredible drawing room, which you will simply never want to leave), that among the tall palms and cooling fish ponds, it's easy to forget you're in the middle of this energetic city.

Bangkok's notorious traffic jams make driving or even grabbing a taxi somewhat hazardous in terms of how much you value your time. Skip the queues with a tuk tuk thrillride. Alternatively, voyage out on a Chaopraya River bus, circumnavigating long barges, cargo ships, and noisy cruises, making the journey as fun as the destination.

To get around in air-conditioned comfort and speed, you can't beat the Bangkok BST, or Skyrail, which whizzes above the traffic giving you great views as you go. The Bangkok MRT (metro) is another fast and affordable way of getting across the city without any hassle. For backwater cruising, hop on a canal bus, or khlong boat. Khlong boats run along the Saen Saep canal, and are arguably the best way to travel, as they're super cheap and give a glimpse of life behind the scenes.

Are you craving the buzz of Bangkok? Don't miss the latest deals on both city breaks and multi-centre holidays from TUI. You can also see what the weather in Bangkok is like, and when we think is the best time to go to avoid the it being too hot or too wet. 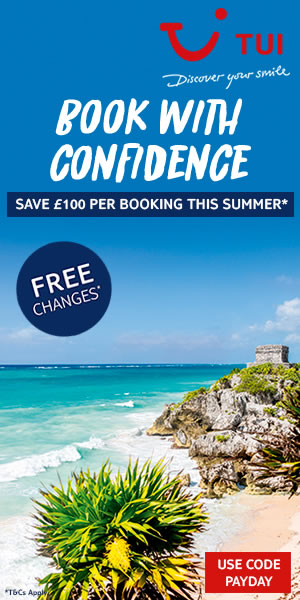