Croatia's popularity has surged over the last decade. Today, it's one of the Mediterranean's holiday superstars offering a heady cocktail of beaches, over 2,000 islands, historic towns, great food, rural villages and glorious weather.

If you've not been to Croatia, where do you start with such a varied country that hosts 3,600 miles of mainland and island coastline? Do you go for the increasingly swish and polished resorts, a deeply historic town on the mainland or a glittering Adriatic isle with a more traditional look and feel?

Getting to Croatia: TUI offers great value holidays* the length of Croatia's glorious coastline, including multicentre break* options, departing from airports across the UK.

We've asked our expert on Croatia, someone who's authored numerous guidebooks to the country, Robin McKelvie, to steer you through the options by delving into eight of the best places to consider for your holiday to Croatia.

Eulogised by Lord Byron (who called it the 'Pearl of the Adriatic') this remarkable city-state is the Dalmatian showstopper Disney couldn't dream up. You'll spend half your time wandering around the pedestrianised walled old town just ogling at the wondrous baroque buildings.

If Dubrovnik* looks familiar, it stole the show as King's Landing in Game of Thrones. You could spend your whole trip just leafing through the intoxicating historic layers of this UNESCO World Heritage-listed wonderland.

Dubrovnik is also spot on for beach holidays, with the sandy City Beach gazing up at the hulking walls. There are countless places to eat, drink and be merry, too. The wee islet of Lokrum tempts offshore, a short boat trip or kayak away.

Meanwhile, the nearby, quieter resorts of Cavtat* and Mlini* make for great alternative bases for exploring the Dubrovnik Riviera.

Bustling, sultry - downright sexy, even - Split* is much more of an actual city than Dubrovnik. Croatia's biggest port and main ferry hub is deeply dramatic, too; framed by vast limestone mountains, its core is a living and breathing Roman city.

Split may be enshrined on UNESCO's World Heritage list as the centre is built around Emperor Diocletian's old palace, but it's no museum piece. Bars buzz in old Roman barracks, people still live here and life bursts from every pore in an utterly enchanting urban experience.

The proud Splicani thoroughly embrace Mediterranean living with pavement cafés de rigueur and style an obsession. Get your glad rags and shades on, and join the party. By day the action is down on Blue Flag winning Bacvice Beach, home to the Split sport picigin (think volleyball with way more posing). When the sun burns down the party heats up in Diocletian's Palace.

It's not often an island is worth coming to for one beach alone. Brač is that island. Zlatni Rat is Croatia's most famous beach, a starched white wonder fringed by shady pine trees. You could hop over from Split on a day trip, but Brac makes for a relaxed holiday on its own.

There is more to Brač than 'just' beaches. Hike from the small town of Bol up Vidova Gora and, at 778m, you're at the highest point in the Croatian islands.

You can see how charming Bol is itself with its stone houses and orange roof tiled buildings. The sturdy local stone was used to fashion The White House in Washington, D.C.

Brač is peppered with little towns and villages where the pace of life is beguilingly slow. It's also a handy base for making day trips back to Split and across to the neighbouring isle of Hvar.

Kissed by wild lavender and rosemary, Hvar* is an island impossible not to like. Croatians reckon it's the sunniest isle in the country, too, a fact enjoyed by the Jet Set who flock here these days.

The glitterati catwalk to Hvar Town. It looks like the Venetians left five minutes ago with grand merchant houses, gothic palaces and distinctive Venetian balconies and windows. Peering down from the landmark castle, it's postcard-pretty.

Afterwards, enjoy a coffee on grand St Stephen's Square or join the A-List in the chic bars. Alternatively, hop on a boat to the Pakleni Islands, where secluded sand-and-pebble coves await for swimming and snorkelling.

While Dalmatia's isles steal the headlines, many Croatians looking for beaches and nightlife sneak off to the Makarska Riviera*. The location is unbeatable between Split and Dubrovnik, within easy day trips of both. But you might just want to stay put in this unpretentiously fun holiday escape.

Makarska curls its holiday tentacles around a horseshoe-shaped bay, with swathes of sand and pebble to relax on with a backbone of pine trees for shade. In the evening, seafood restaurants tempt followed by a stroll along the palm-fringed promenade.

More cerebral attractions include medieval churches, a baroque palace, and the enchanting 16th-century monastery. Adrenaline junkies can break for the dizzying heights of Biokovo Mountain, which dominates Makarska.

The northwest region of Istria's biggest tourist resort is a Croatian classic, popular since the days of the old Yugoslavia. A dedicated tourist resort has been built around the core of an old Roman coastal town; it's an oasis with arrow-straight roads, Roman mosaics and all the beach resort frills!

The cultural highlight is the UNESCO World Heritage Byzantine Basilica, but there are other Roman remnants and evocative Venetian legacies, too. Twenty-first century attractions are all singing, all dancing bars, cafes, restaurants and clubs. Poreč's coast is dotted with children's playgrounds, volleyball and watersports.

Poreč is a handy base for exploring the historic coastal towns of Pula* (with its epic Roman amphitheatre) and sleepier Vrsar*. Inland is Croatia's Tuscany: rolling hills, rooftop villages, fine wine and truffles.

Spectacular Venetian-era Rovinj* snatches the breath with its vaulting St Euphemia belltower setting the tone, a dead ringer for St Mark's in Venice just across the water.

The architectural vibe is thrillingly Venetian, with Italian influences in the pizza and ice cream too, but Rovinj is still gloriously Croatian with its smoky seafood grills and excellent local wines.

Rovinj these days is hard to fault and works for everyone from culture vultures looking to explore its narrow winding streets and churches, through to foodies checking out the superb restaurants, couples on romantic escapes and families looking to just have fun.

Rovinj boasts its own shingle beaches with many more beaches easily within reach. As is Pula, Poreč and the fascinating Brijuni Islands, the old playground of Yugoslav leader, Tito.

Lastly, my wildcard: the Istrian Riviera. This wildscape of mountain, coast and island was popular back in the days of the Austro-Hungarian Empire, when Opatija* was seen as 'Vienna on Sea'.

Its old period buildings lend Opatija a graceful air with a lingering legacy of its days as a spa retreat kept alive by today's tourists taking tea and Sachertorte on the 19th-century terraces.

Opatija gazes out from the Istrian Riviera towards a sparkling necklace of islands. You can make day trips out here from Istria or recline in a villa on one of the isles for a seriously chilled holiday.

The isle of Krk is handily connected to the mainland by a road bridge, making it handy for exploring the mainland, too. Ferries connect the other isles so it's easy to leapfrog between them. Cres offers medieval villages in the hills, griffon vultures nesting on cliffs near the village of Beli and beaches.

Rab's main settlement of Rab Town is one of the most scenic in all Croatia, a walled charmer sporting a quartet of churches with bell towers that conjure a backdrop to your swimming that will make you glad you chose Croatia.

Please note: the above guide shows the weather in Dubrovnik, Croatia. Find out more about conditions at other holiday destinations in Croatia in our complete guide to the country.

Found your holiday hot spot in Croatia? Don't miss the latest deals on breaks to Croatia with TUI in 2021, 2022 and beyond. 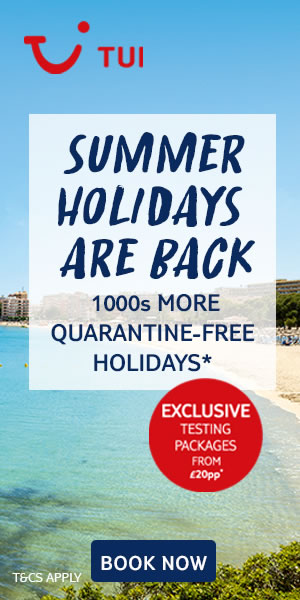