Jerez de la Frontera: the Spanish city at the heart of the sherry industry

For those with a nose for wine (fortified or otherwise), Jerez de la Frontera (affectionately known as Jerez) needs no introduction.

It's old Andalusia at its finest, harnessing its rather romantic heritage of sherry production, flamenco, and magnificent 'dancing' horses to offer up an authentic flavour of life in this secluded corner of southwest Spain.

The fifth largest city in Andalusia, Jerez remains laid back and welcoming, inviting you to discover its traditions through its cobbled old town, mix of ornate stone buildings and modern architecture, and - of course - bodegas (wineries) that fill the air with the sweet scent of sherry.

Getting there: Book your break to the Costa de la Luz with TUI using one of our fantastic online deals.

The so-called Sherry Triangle is an area in the province of Cadiz, internationally renowned for its sherry industry.

The 'triangle' includes the small town of Sanlúcar de Barrameda to the northwest, the seaside town of El Puerto de Santa Maria to the south, and the city of Jerez de la Frontera to the east.

In true Andalusian style, summers are scorching with daily highs regularly climbing over 40°C, the dead heat offset by the welcome breezes that blow in from the Atlantic.

It's this climate, along with the area's chalky soil, known as albariza - blindingly white under the southern Spanish sun; it retains what little water is available exceptionally well - which provide the perfect conditions for sherry grapes to grow.

Jerez is the leader of the pack and capital of the sherry industry. The city is home to countless bodegas producing a variety of different types of sherry.

Did you know? There are seven different types of sherry: Manzanilla, Fino, Amontillado, Oloroso, Palo Cortado, Pedro Ximenez and Moscatel.

Five of Spain's biggest and most important sherry houses are based in Jerez, including González Byass, the bodega behind Tio Pepe (instantly recognisable for its sombrero-wearing, red jacket-clad sherry bottle icon), which is a natural place to start if you're new to the world of sherry and looking for a tour to remember.

Founded in 1835, González Byass has grown into one of Spain's leading sherry houses. Today, you can take a guided tour of this famous bodega and see what it takes to craft award-winning sherry.

The process of sherry making

González Byass feels like more of a village than a business, complete with a quaint wooden train to ferry guests from one place to the next. The majority of the tour takes place in the traditional buildings where sherry is aged.

Far more than ornamental, these buildings are still in use, housing casks busy ageing the fortified wine. The sherry is aged in oak barrels, stacked on their sides and never filled quite to the top so that a thin layer of yeast called flor can develop.

In a way, the buildings were designed around the flor. Demanding more air than an underground cellar could ever provide and thriving in cool temperatures, the buildings were constructed in a tall, cavernous manner to allow the flor to flourish. They're astonishingly cool inside, often arched, supported by pillars, and delightfully photogenic.

In a Jerez tradition dating back to the 18th century, barrels are stacked in neat aisles. The oldest sherry, the solera, is on the ground. Each row above the solera is a criadera, in which all the sherry is of the same age.

A few times a year, a third of the solera is bottled, and a third of the layer immediately above it added in to replenish the one below, all the way to the top layer, the youngest, which is topped up with new, young wine.

While sherry is at the beating heart of González Byass, the producer also distills lepanto, a 'Brandy de Jerez' which is aged for at least three years in sherry barrels.

Weather in Jerez de la Frontera: considering a trip to Jerez? Find out all you need to know about the weather in Jerez and when we think is the best time to go.

Myth and the mouse legend

There's an understandable dash of nostalgia and an element of atmospheric scene-setting on display at González Byass.

From what's apparently the only 'vineyard' within the city walls, which is clearly just for show, to the dusty old glass bottles allegedly preserved as-was from its founder's day, the fine-tuned impression of a historic bodega has been expertly created - and why not.

Then there's the mouse. Legend has it that a weary winery worker crept into one of the warehouses to shelter from the heat. Leaning back against the barrels, he set out some cheese and a glass of sherry and was visited by a friendly, and thirsty, mouse.

To this day, a glass of sherry is left in that spot, along with a miniature ladder, to help the mouse reach his drink.

The tour of González Byass is thorough, lasting two hours and ensuring you leave feeling like a real sherry pro. Of course, the highlight is the tasting session at the end, which offers a welcome rest and the chance to put your taste buds to work, distinguishing between the different types, finding the one that's right for you.

Whether you're a fino fan and more of a manzanilla drinker, a tour of González Byass or similar is a must when in Jerez. It's the only real way to get to grips with the history and traditions of sherry production that define this corner of Andalusia.

Fancy exploring Jerez de la Frontera? Jerez makes a wonderful day trip from Cadiz or is easy to get to from the likes of Huelva, Seville, and Marbella. Check out the latest deals on breaks to Costa de la Luz with TUI* and get booking today.

More about the Jerez 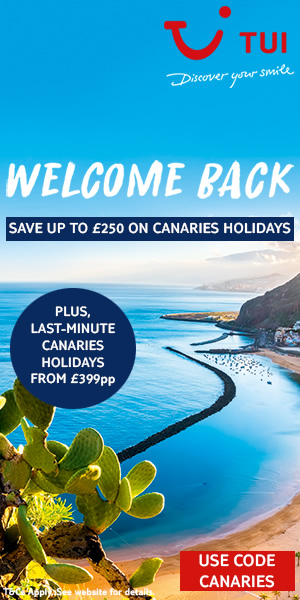