In days of yore, glamourous Las Vegas was little more than a speck on the Old Spanish Trail. Although Sin City may not be as old or culturally diverse as some other cities across the US, its background is full of fascinating facts. These snippets tell the story of how Las Vegas was founded and how it evolved into the neon metropolis it is today.

Getting to Las Vegas: great fares make Vegas hugely accessible with Virgin Atlantic. Use the latest online deals and sale offers* to book your seat to Las Vegas today.

With the introduction of irrigation from the Colorado River in the early 19th century, a largely uninhabited area on the Old Spanish Trail of the Las Vegas Valley became a water-stop for wagon trains.

The purchase of land in 1902 by the San Pedro, Los Angeles and Salt Lake Railroad in this location meant the water-stop became a railway stopover. In 1905, 110 acres of land were auctioned to buyers and development began in earnest.

The town of Las Vegas became incorporated in 1911. Downtown is still located on one of Vegas' first streets, Fremont Avenue. The Golden Nugget, Binion's and the Stratosphere Las Vegas, plus other original hotels and casinos, are now part of a pedestrianised mall/attraction.

Another early building - of an entirely different sort - is the St Joan of Arc Catholic Church founded in 1910 and still open for visitors today.

In 1951, a one kiloton atomic bomb was detonated in the desert 65 miles northwest of Las Vegas. The area was known as the Nevada Testing Site and this test was followed by at least 100 further during the next decade.

The mushroom clouds from the explosions could be seen from Vegas' downtown hotels and became tourist attractions in and of themselves. Several casinos hosted dawn parties and created atomic-themed cocktails, all to encourage visitors to view the experiments.

Calendars throughout the city advertised detonation times and the best viewing spots to see the ensuing fallout.

In 1917, the Las Vegas and Tonopah Railroad bankruptcy and a nationwide railway strike led to the collapse of Las Vegas' economy and the beginning of desperate times.

The construction of the Hoover Dam in 1931 was partially initiated by the federal government to address this economic decline. The population of Las Vegas swelled when a mainly male workforce began arriving to take up the jobs created.

This meant there was soon a market for large scale entertainment and the city's casinos and theatres were born. The year of 1931 also saw gambling legalised in order to bolster local business. The Apache Hotel was one of the first casinos to open and operate under the new law.

The Neon Museum in Las Vegas tells the story of Las Vegas via its defunct neon signs. Nicknamed 'The Boneyard', it showcases more than 150 examples from old casinos and other businesses. The museum even uses a restored lobby from the defunct La Concha Motel as its visitor centre.

The National Museum of Organized Crime and Law Enforcement was opened in 2012 and is known as the 'Mob Museum'. From 1931 until the mid-1980s, many of Las Vegas' casinos were controlled by the Chicago Mafia and well-known gangsters such as Bugsy Siegel.

The museum is housed in the old courthouse in the Downtown precinct near Fremont Street and seeks to promote an understanding of how organised crime has affected American society while also boasting an underground speakeasy and distillery.

One of the exhibitions explores the world of organised crime today with an enormous interactive map pointing out locations of drug cartels, cybercriminals and human traffickers.

The Old Las Vegas Mormon Fort State Historic Park is home to a disused fort built by the Mormons as a supply drop between Salt Lake City and Los Angeles.

In 1855, William Bringhurst led a group of 29 Mormon missionaries to this spot in the Las Vegas Valley. They developed land near a creek, using its water to irrigate their fields and farms. Owing to the summer heat and difficulty growing crops, however, the fort was abandoned in 1857.

A family home on South 5th Street, built in 1927, was transformed into the McKee's Gretna Green Wedding Chapel by its owners in 1947.

However, when the King himself, Elvis Presley, visited the chapel in 1967, the name was changed to the Graceland Wedding Chapel and has held Elvis themed wedding services ever since.

Over the years, hundreds of thousands of weddings have taken place at the chapel, which frequently hosts celebrity nuptials.

Before its opening, Las Vegas' hotels and casinos had been segregated and off-limits to African Americans with the exception of staff and entertainment. Sadly, the hotel went bankrupt a year after opening and lay uninhabited for decades.

Then, in June 2010, after the third fire in four years, the hotel was torn down. Currently, there are only a few columns and posts remaining at the original site though there's gambling every two years when video poker machines are trucked in for a single day.

Slick entrepreneur Steve Wynn opened The Mirage and Treasure Island Hotel and Casino in 1989. This was Las Vegas' first mega-casino resort on the Strip, which began the shift of visitors away from Downtown.

The realtor and developer's first involvement in the hotel business was The Frontier and The Golden Nugget in the 1960s.

He was personally involved in the design and construction of the enormous $630 million project and went on to develop the even more opulent Bellagio.

Interested in finding out more about the history of Las Vegas? Get yourself to Sin City for less than you might expect with Virgin Atlantic, which flies direct from London Heathrow (as of March 2019) and Manchester throughout the year. 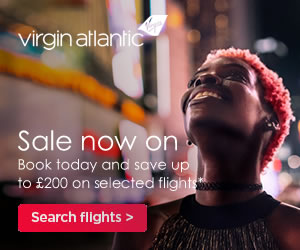 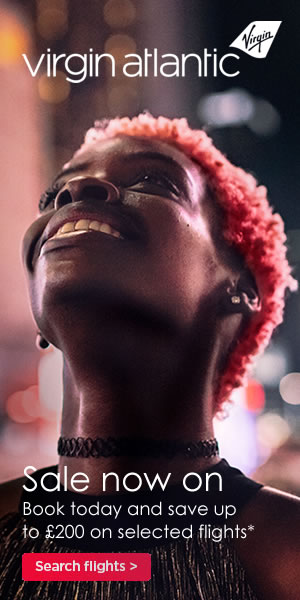