How to spend 24 hours in Buenos Aires

Although it's often dubbed the "Paris of South America", Buenos Aires deserves a more singular title.

With its graceful, Belle Epoque and Art Deco architecture, abundant tango dance halls and no-frills neighbourhood steakhouses, this city certainly dances to its own tune.

As the flight hub for onward travel throughout Argentina, it also makes a welcome stopover for those venturing further into the country and continent.

Getting to Buenos Aires: you can choose between two direct routes from the UK to the Argentinian capital - check out the latest deals from British Airways* today.

Start the morning with a stroll around one of the city's loveliest parks, the 400-hectare Los Bosques de Palermo in the trendy Palermo neighbourhood.

Going under the official title of Parque Tres de Febrero, this leafy spot has well-tended gardens, artificial lakes complete with pedalos and groves of eucalyptus and jacaranda.

Head to the Rosedal (closed Monday) in the very centre of the park where more than 8,000 roses from 93 species bloom in vivid colours from October each year.

No visit to Buenos Aires is complete without a trip into the city's history, so take an hour to explore the vast Cementerio de la Recoleta.

Regularly appearing in lists of the world's most beautiful cemeteries, it's a tranquil place packed with elegant marble statues and crumbling mausoleums.

Grab a map at the entrance and track down some of the cemetery's most notable residents. Among these is the former First Lady of Argentina and controversial political figure Eva "Evita" Perón, who now lies in a heavily fortified crypt, buried five metres below ground to protect her remains.

A bookshop might not seem like the most conventional city attraction, but this porteño institution is a destination in its own right.

El Ateneo Grand Splendid is the city's most famous bookshop, having transformed from a theatre and celebrated tango hall into a bibliophile's dream.

Stop here for a chance to browse the books or stop for a coffee and cake from the store's café, installed on the theatre's original stage.

This early 20th-century opera house ranks as one of the finest in the globe for the quality of its acoustics and has hosted a who's-who of world-class performers throughout the years.

As it still attracts the most coveted international musicians, tickets can be hard to come by. However, for a peek at its domed auditorium and to learn more about the grand building's fascinating history, catch an English-language tour for $600 ARS.

If there's one quintessentially Argentine activity to do in Buenos Aires, it's exploring one of the city's flurry of ferías (markets).

Hop on the Subte (the city's underground) for the San Telmo neighbourhood. Sundays sees Plaza Dorrego and the surrounding streets spring alive thanks to the Feria de San Telmo.

With its roots in the '70s, this antique market is a treasure trove of bric-a-brac. Come here for vintage clothing, antique jewellery, locally-made crafts and other assorted knickknacks from the 250-or-so stalls. As you do, keep an eye out for performers dancing the tango in the street.

Away from the main tourist districts, the neighbourhood of La Boca in the south reveals yet another side to the capital.

Thousands of Italian immigrants arrived in the late 19th-century to this portside district, constructing houses from wooden planks and corrugated sheets of metal that they salvaged from the ships. These ramshackle dwellings were then finished with a lick of bright paint.

Although most were pulled down in the early 20th century, local artist Benito Quinquela Martín helped recreate the essence of La Boca, rebuilding a row of these unique houses to become the open-air museum of Caminito ("Little Street").

Pop over to snap colourful photos and browse the souvenir shops and cafés that line this now iconic Buenos Aires street.

Football fan? You're in the heart of the beautiful game in Buenos Aires and there's no better way to appreciate how much the locals love a good match than by visiting La Bombonera stadium, just a few blocks north of Caminito.

With its banana yellow and sky-blue exterior, you certainly can't miss this stadium. It's painted in the colours of home team Boca Juniors, the former club of Argentine legend Diego Maradona.

Catch a game for an authentic (and rowdy!) experience or take a tour of the stadium and its onsite museum for $130 ARS.

If there's one thing the locals like more than their football, it's a juicy steak washed down with plenty of red wine.

Join in with this glorious evening tradition by booking a table at La Brigada, an old-school parrilla (steakhouse) in San Telmo that's gained legendary status among locals and visitors alike.

Packed to the rafters with sports memorabilia, this authentic neighbourhood steakhouse serves up meat so tender you can cut it with a spoon - quite literally, that's what the servers do here. Try the bife de chorizo (sirloin) served medium-rare.

Nothing says Argentina like its national dance, the tango. And nothing says Buenos Aires more than finishing the day at a milonga, a word used to refer to both a tango ballroom and the event held there.

Milongas generally start with tango lessons that are followed by professional performances and then a free-for-all where you can practice your new moves.

Hop in a taxi and jump out at La Catedral Club in the Almagro neighbourhood for a class, followed by live music and dancing in its cavernous tango hall.

Discover more about the weather in Buenos Aires and see when we think is the very best time to go.

Ready to jet off to Argentina? Book your great value fares to Buenos Aires with BA. You can also see and search for indirect routes to the city with other airlines*. 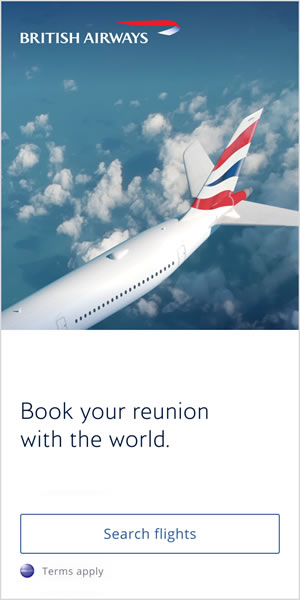