A first timer's guide to Senegal 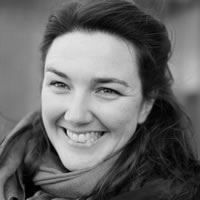 The West African nation of Senegal is lapped by the waves of the Atlantic to the west, woven with rivers, tributaries and mangroves in the equatorial south and ravaged by the winds and sands of the Sahel in the north.

The contrasts don't stop there; cultural influences from across Africa* as well as from French and Dutch colonial days have created a broad and cosmopolitan spectrum of architecture, music, dance and cuisine throughout the country.

The main language spoken is Wolof in which you'll hear the word "wow" frequently mentioned. Wow, indeed (which actually means "yes" in Wolof), as it's not hard to be awed by this diverse nation.

Getting to Senegal: browse the latest offers on winter sun breaks to Senegal with TUI*, which is offering seasonal departures in 2022/2023 from London Gatwick.

Dakar is the beating heart of the country with a frenetic urban pace and a heady soundtrack of rhythmic music, with Mbalax the home-grown genre of choice. A visit to a live music venue is a must.

Sobo Badé in the village of Toubab Dialo, a short hop from the airport, is a cultural centre that offers courses and classes in a range of instruments and dances.

Try your hand at learning the Djembé, Calabash, Kora and Balafon, among other instruments and you can also see how the pros do it during the regular dance and musical performances.

For the best views of the city, take the lift up inside the African Renaissance Monument. At 52 metres it's the tallest structure of its kind in Africa and it has a prime position on one of the twin hills of Collines de Mamelles overlooking both the wild Atlantic and the sprawling city below.

The copper monument courted plenty of controversy during its conception and construction, not least for the vast over-expenditure and its socialist-realism style, all designed and built by a North Korean government-backed firm.

Today, Gorée is a laid-back, colourfully painted, car-free island a short boat ride from downtown Dakar. But, owing to its geographical position on the edge of the Atlantic it's no surprise that this diminutive island, and one of the first places to be given a UNESCO World Heritage designation in 1978, has a lengthy and shocking history.

The island is sheltered by the Cap-Vert peninsula, which made for a strategic position on the Atlantic coast during the years of seafaring discovery and subsequent trade.

This tiny speck of land was claimed and fought over by various European colonial powers from an initial Portuguese presence around 1450 through Dutch (it was the Dutch name Goedereede meaning 'good roadstead' that gave the island its name), to British and, eventually, French in 1677.

As you wander along the cobbled streets among the brightly coloured buildings, there's a palpable air of history and occasional signs of a chequered past; for the primary trade that went on here during that time was that of enslaved people, taking them from across Africa to the Americas.

You can visit the Maison des Esclaves (House of Slaves) to learn more about this horrific past and, although it's a very sobering experience, it's an incredibly important one in understanding the full scope of the slave trade.

For a glimpse of a Senegal before mass human occupation, take a safari among the forests and savannahs of Niokolo-Koba National Park in the southeast of the country.

Much of it is now a UNESCO-protected World Heritage site and you can reliably see chimpanzees, red colobus monkeys, buffalo, hundreds of birds of all colours, shapes and sizes and a broad range of antelope species including the largest (and rarest) - the giant or Derby eland.

Sightings of lions, elephants, wild dogs and leopards have been known but you'll have to be incredibly lucky to see them as numbers are still quite low, despite conservation efforts in recent years.

Lake Retba, or Lac Rose, is one of Africa's most unusual natural wonders. Its name comes from the pinky hues of the water, caused by salt-loving algae, Dunaliella salina.

The bacteria produce beta-carotene (the same thing that makes flamingoes pink) in order to absorb the sunlight. The colour of the lake changes throughout the year and the best months to see it in its full radiance is between November and June.

It also changes throughout the day as the sunlight is absorbed by the algae and light reflects and refracts through the water.

You can take a boat trip out onto the lake or you can even bathe in it. Though you're more likely to merely float than manage any actual swimming as it has one of the highest salt contents in the world; it's even saltier than the Dead Sea.

You won't find many beasties below the surface of the water as the high salt content has mostly rendered it incapable of supporting anything but the hardiest and most adaptable of fish species.

The lake is the number one salt producer in Africa and you'll see salt collectors, slathered in shea butter to help protect their skin against the long-term abrasive effects of the sal, chest-deep as they scrape it from the bottom of the lakebed.

You can easily visit on a day trip from Dakar. It's about 20 miles north of the capital along the coast and is separated from the Atlantic Ocean by a thin strip of sand dunes.

St Louis, or Ndar in Wolof, is a one-mile square (or, more accurately, rectangular) strip of an island in the Senegal River protected from the ravages of the Atlantic by the Langue de Barbarie to the west.

It's another coastal outpost at the crossroads of both African-European as well as pan-African histories and that feeling is noticeable the minute you step onto the island.

Now a UNESCO World Heritage site, it was the French colonial capital from 1673 until 1902 but today there's also plenty of Mauritanian, Moroccan and Toucouleur influence in evidence from the architecture to the food and the wares of the street traders.

St Louis is famous for its Jazz Festival every June and there's now a fashion week that takes place alongside it. But the best time to get a real flavour of the history and vibrancy of the city is during Le Fanal New Year celebrations in the last week of December.

The highlight of the week is the lantern parade to midnight mass on 31 December, led by the elegantly dressed women of the city in their opulent finery who pay homage to the Signares of the 19th century.

The Signares were biracial women who often married well-to-do French colonials and had a pivotal and fascinating role in St Louis society at the time.

The procession is followed by decorated floats and the celebration culminates with the sound and light show including a performance retelling of the story of the city.

The Djoudj National Bird Sanctuary is perched on the far northerly reaches of the country on the border with Mauritania and covers the wetlands of the inland Senegal River delta.

It's one of the most important stop-off points for migratory birds crossing the Sahara and you can see a staggering three million of them from around 400 different species.

The site is both UNESCO World Heritage designated and Ramsar protected, and it's open to visitors from November to June when you can see white pelicans, purple herons, African spoonbills, flamingoes among many, many other species overwintering here in the brackish lakes and meandering channels.

You can visit on a day trip from St Louis; make sure you take an expert guide and, of course, some binoculars. Once there, you can choose to see the wildlife on foot, with a pirogue trip down the river, on a 4x4 or even horse and cart. You might even spot a few red monkeys, warthogs, gazelles and, if you're lucky, manatees.

Ready to explore Senegal? Check out the latest offers on winter sun holidays to this West African nation with TUI.