Budget-friendly Tenerife: how to experience the island for less

Tenerife may not be the largest of the Canary Islands (that would be Fuerteventura), but it's the most popular with UK visitors, many of whom want an affordable break under the reliably warm Canarian sun.

We all know holidays can be expensive, and while Tenerife certainly has of ways to help you part with your cash the good news is that there's also a wide variety of cheap things to do for those hoping to keep costs down.

Getting to Tenerife: you might think an all inclusive break is a pricey way to holiday but, in fact, it could be your best way to save. Check out the latest deals from First Choice*, which offers many different discounts on breaks to Tenerife all year-round.

Hit the north for cheap eats

The Canarian archipelago is one of the world's emerging gastronomic hotspots. Without a doubt, the stand-out island's Tenerife which is enjoying burgeoning popularity with foodies. Indeed, following the launch of the latest Michelin Guide for Spain and Portugal, the island received its sixth star.

But Michelin stars tend to come with a high price tag. You can, however, eat well on the island without digging too deep, especially if you head to northern Tenerife where you'll find the bulk of the island's guachinches.

Guachinches were originally temporary set-ups (and many still follow this tradition) used by local vine-tending farmers to sell a meal to accompany their new wines.

They occupy converted garages and the like. Dishes follow traditional recipes and are hearty, going big on goat, rabbit, and pork with carafes of vino to wash it all down.

Go for a walk

Tenerife is not just somewhere you can go to top up your tan as you assume the horizontal position on the beach. It's a leading destination for active tourists as well as the bucket-and-spade brigade.

There are several well-marked trails to trek, so do pack your hiking gear. Above the resorts on the Costa Adeje, you'll find Barranco del Infierno. Despite its name (Hell's Ravine), it's not devilishly difficult and is more heaven on earth in terms of its beauty.

The ultimate challenge, though, is to walk to the top of Mount Teide. At 3,718 metres, it's Spain's highest mountain. Take the hiking trail 7 from Montaña Blanca to La Fortaleza Lookout, although you'll have to request a permit in advance to continue all the way up to the pinnacle.

Pocket-sized supermarkets in the resorts offer a smaller-than-average range of household goods at inflated prices. For greater variety at a discount price, take advantage of the local farmers' markets.

Head to capital Santa Cruz de Tenerife and Mercado de Nuestra Señora de Africa, which is more colloquially known as La Recova, where you can stock up on sub-tropical fruit and veg along with cheese and cured meats.

Tenerife truly is a party island and not just because of the holidaying clubbers who take advantage of the late-night venues offering free entry. The locals are lively revellers too. Rarely does a day, let alone a week, go by without a fiesta taking place somewhere on the island, or so it seems.

An unlikely-sounding event to let your hair down without tearing it out over worrying about spending too much is a romería. Traditionally-clad locals make their way to church on wagons drawn by oxen with offerings to their hometown's patron saint.

Instead of a solemn procession, however, free food such as hard-boiled eggs and salty papas arrugadas (fluffy new potatoes tenderized in sodium-heavy steaming water) and drink is doled out to all and sundry (top tip: take a reusable cup for all that free drink!).

Even more riotous freebie fun is to be had at the Carnaval de Santa Cruz de Tenerife, the biggest carnival after Rio. Attend a funeral for a (fishy) friend during the Burial of the Sardine with "mourners" accompanying a giant papier-mâché sardine to its watery grave.

Men dress up as widows and there's theatrical weeping aplenty as the locals who dub themselves as 'chicharerros' after the sardine which is known as the chicharerro fish here.

Arrange a day in the museum

The upside to a visit to Santa Cruz de Tenerife's Museo Histórico Militar de Canarias is that entry and parking are free. However, the downside is that most of the exhibits are in Spanish only. Still, you can easily discover how Nelson lost his arm and his only naval battle in 1797 Tuesday through to Friday.

One of the first things you'll learn at the surprisingly southern Finca Las Margaritas (by way of contrast in neighbouring Gran Canaria all the banana plantations are in the north of the island) is that bananas grow on plants rather than trees.

And no that's not because it's a plantation. The most reasonable tour is €5 for children (four to 11) and €7 for adults.

It costs nothing to stroll the UNESCO-recognised cobbled streets of charming university city, San Cristóbal de La Laguna. Nor do you have to spend a shekel whilst window shopping at the boutiques of this miniature Cambridge.

And you will only need to shell out €2 for entrance to the 16th-century Iglesia de la Concepcion, which guarantees entry to the church and the tower with panoramic views of the centre.

One of the best things about this Canary Island is that it's mild and sunny all year-round, so there's a month for everyone to make the most of this much-loved affordable destination.

Discover everything you need to know about the weather in Tenerife and see when we think is the very best time to go to experience the affordable activities listed above.

Planning your budget-friendly trip to Tenerife? Book an all inclusive holiday to Tenerife with First Choice, and everything from your flights and accommodation to meals and select activities is paid for in advance, leaving you free to get to know the island at your own pace, whatever your budget. 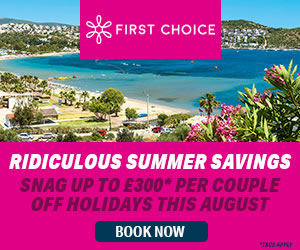