The Mediterranean's largest island already has so much going for it: beautiful baroque towns, a fascinating history that goes back to the ancient Greeks and Romans and a cuisine that blends the best of about half a dozen cultures.

But its natural wonders are just as compelling. Smouldering volcanoes, huge national parks, wild landscapes and tranquil nature reserves. Then there are the beaches, from tiny rocky coves to endless stretches of sand.

Whether you're hiking, cycling, swimming or snorkelling, you'll find plenty of places in Sicily to enjoy the great outdoors.

Getting to Sicily: as a beloved island in the Med, there's plenty of choice when it comes to finding a holiday. Don't miss the latest great value offers on breaks to Sicily with TUI*, which departs from Birmingham, Manchester and London (Gatwick, Heathrow and Luton).

Europe's tallest active volcano looms over much of the landscape of eastern Sicily, and while it looks intimidating, there's an easy way to reach the top.

A cable car, Funivia dell'Etna, whisks you up to 2,500m before you carry on towards the crater in specially designed off-road minibuses.

Once you're in the middle of this haunting moonscape, you'll see the bizarre sight of steam rising from the black lava amid patches of snow.

If that sounds too much like cheating, you have a large range of challenging hiking trails to follow. It might be easier to join a group or hire a guide to show you the best routes.

Sicily's first natural reserve came about in 1981 simply because the locals refused to allow a road to be built in the area and went on strike.

The result is this large patch of wilderness hugging part of the northwestern coast just below San Vito Lo Capo - and not a road to be seen within its territory.

Once you've hiked the trails and spotted the rich birdlife of Zingaro Nature Reserve, follow the rocky paths down to the gorgeous little coves for a swim in astonishingly clear water.

The constantly smouldering volcano on the Aeolian island of Stromboli is a riveting sight - especially at night when the lava flow makes the mountainside glow.

Intrepid types prefer to hike towards the crater to watch the lava flow up close - well, as close as you can safely get. And you'll have to hire an official guide for the walk.

The less brave can make do with a boat trip around the island as the sun goes down and the volcano lights up the sky.

The coast around Taormina is full of nooks and crannies, even around its most popular beaches. In the centre is Isola Bella, a rocky outcrop with the tiniest of causeways you can cross in seconds.

There's also a diving centre if you want to go deeper and explore the seabed and the vivid marine life.

Although this corner of southeast Sicily is packed with some of the island's most beautiful towns - Syracusa, Ragusa, Noto - sometimes you want to escape somewhere more peaceful.

Just south of Noto is the coastal Vendicari Nature Reserve, where you can wander along wooden walkways and footpaths that wind through the marshy home of herons, flamingos and cormorants.

Go for a swim at Calamosche Beach once you've had the chance to explore the ruins of the 18th-century tuna factory, whose whole stone columns look like something out of ancient Greece.

Fancy a guided tour of Sicily? Make the most of your time on this idyllic Italian island with an expert-led break from TUI Tours. Check out its Spotlight on Sicily* itinerary, which runs for eight days in spring and autumn.

Combine swimming with hiking in one of Sicily's most striking spots. Dangling from the southwestern coast not far from Agrigento is the astonishing natural wonder Scala dei Turchi.

This white rocky cliff has been eroded over time into an enormous series of steps, with clear blue waters lapping a sandy beach below. Hike as far as your bravery will take you and you'll get the most extraordinary views.

This sprawling natural park in the north-east of the island really gives you a taste of Sicily's wilderness. You'll find a few scattered farming hamlets, but it's mainly thick forests, sparkling lakes, peaceful pastures and heavily wooded mountains.

Hikers head for the highest peak in the park, Monte Soro, at 1,847m, and at its foot is the beautiful Lake Biviere, from where you can catch views of Mount Etna.

Towards the north of the park is the impressive Catafurco waterfall, reached by breathtaking hikes through gorges and forested hillsides.

Closer to Tunisia than mainland Italy, the far-flung Egadi island of Marettimo packs a lot of unusual sights within its rocky terrain.

Follow the hiking trail that leads you to an ancient Roman house and a Byzantine chapel, or take the coastal path that ends at a ruined Norman fort.

One of the most enjoyable ways to explore this one-village island - more like a large rocky outcrop - is to rent a kayak and discover empty beaches within secluded coves.

The cream of Sicily's baroque cities are in the southeastern part of the island, thanks to an earthquake that flattened the region in 1693 and resulted in a whole slew of places built in classic baroque style.

Hire a bike and follow the trail that links these exquisite UNESCO-listed cities, starting in Ragusa and taking in Modica, Scicli and Noto before carrying on to Syracusa on the east coast.

Bear in mind that these are hilltop towns, so you'll have to do a bit of climbing. But you could always make it easier on yourself and rent an e-bike to make the hills a bit less gruelling.

As an island almost square in the middle of the Mediterranean Sea, you know you're in for long, hot days in summer, cool winters and mild, comfortable temperatures in between.

Find out more about the weather in Sicily and see when we think is the very best time to go to make the most of this fine collection of outdoor activities.

Desperate to dive into the wilderness in Sicily? Check out the latest online offers, deals and discounts from TUI to save on your holiday to the island. 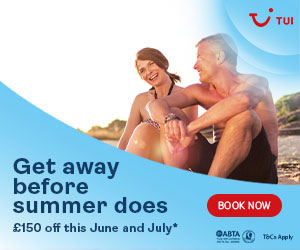 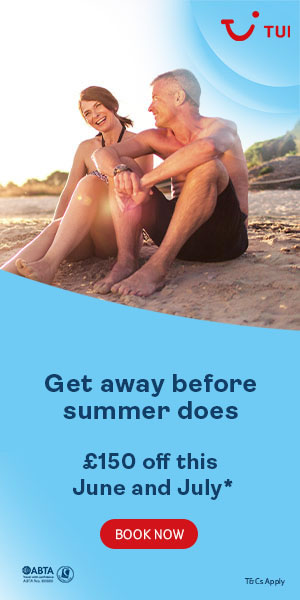