The best of vibrant Verona, Italy 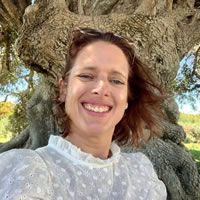 Verona is the city of love, or La Città dell'Amore in Italian, mainly because it was the fictional home of Shakespeare's Romeo and Juliet.

But huddle with your loved one at a terrace table in the central Piazza Bra, as the sun washes the ancient stone of the Roman amphitheatre in tones of rose and gold, and you would feel romantic even if the famous star-crossed lovers had never set foot in the city.

Verona is situated midway between Milan and Venice* in the Veneto region of Italy* and has been a UNESCO World Heritage Site since the Millenium in recognition of the 2,000-year history of the city that's reflected in the surviving architecture.

But it's not all jaw-dropping Roman statues and Renaissance artwork, Verona is also a vibrant modern city-break destination.

The Via Mazzini is packed with designer stores, while the city's university creates a youthful buzz in the bars and restaurants and there's a year-round cultural programme of art exhibitions and performances. Here are a few things not to miss.

Getting to Verona: check out the latest offers from Jet2CityBreaks*, part of Jet2holidays.

Yes, you know that Juliet didn't really exist and that her house with the stone balcony in Via Capello wasn't really her house, but that shouldn't stop you from visiting and suspending your disbelief for an hour or two.

Do what all the tourists do and add your name to the graffiti on the wall by the entrance, rub the right breast of the bronze statue of Juliet to bring you luck in love and climb onto the balcony for that compulsory photograph (or stand beneath it to recite those famous lines). You can even take your wedding vows in Juliet's house if you really have love on your mind.

Spend a night at the opera

The opera season in Verona runs throughout the summer in the dramatic setting of the Arena, the 1st-century amphitheatre that dominates the city centre.

Even if you're no fan of opera, this is perhaps the most atmospheric place in the world to watch a performance of Verdi's Aida or Bizet's Carmen (you might also be able to watch other musical performances, depending on when you visit, but opera is the bucket-list activity).

The original Roman stone seats can get a little uncomfortable after a while, but you can hire cushions or take your own. Shows usually start at 9 pm as the sun is going down.

Book well in advance as they sell out quickly. It's also worth visiting the Arena again in the day when you can freely run up and down the stone steps and stand in the centre pretending you're a Roman gladiator or world-class tenor.

Immerse yourself in Renaissance art

Looming on the riverside is seven-towered Castelvecchio, which was built by the Scala family in the mid-1300s. The remarkably intact 14th-century fortification, a prime example of Italian Gothic architecture, is now home to the city's art museum.

Wander the vaulted rooms and admire the intricately carved marble of medieval and renaissance sculptures and immerse yourself in more than 300 paintings created between the 14th and 19th centuries.

The star of the show is Veronese painter Pisanello's Madonna of the Quail, which is thought to bridge the Gothic, Byzantine and Renaissance styles. You can also be dazzled by some fine pieces of jewellery and armour.

As a municipal museum, entrance is affordable (just €1 in winter) and it's well worth spending a couple of hours here.

When you come out, cross the River Adige on the Ponte Scaligero bridge, which was built at the same time as Castelvecchio and is a feat of medieval engineering, to enjoy a relaxing stroll through the Giardini Alessandro Canestrari (there's a paddling pool here where you can cool your feet in summer).

See the city from different perspectives

Look around the bustling market square of Piazza delle Erbe and you'll see the changing faces of the city over the centuries: you've got the baroque façade of Palazzo Maffei (which has recently opened as a museum) topped with statues of Greek gods, a medieval fountain with a Roman statue of the Madonna and frescoed Mazzanti Houses that date from the 16th-century.

However, it's to the top of the 12th-century Torre dei Lamberti that you need to head to get one of the best views of the city. If you're feeling fit you can climb the stairs 368 steps or hop in the lift and enjoy the spectacular 360-degree views of the city.

Your ticket also gives you access to the Gallery of Modern Art next door. Alternatively take the Castel San Pietro Funicular from Via Fontanelle Santo Stefano to enjoy a cable car lift up to the viewing terrace at the top of Colle San Pietro on the other side of the River Adige.

From here you can look down over the bell towers and roofs of the historic centre.

Verona is packed with traditional trattorias where you'll see some of the city's specialities chalked up on the menu time and again.

The sweet, bready Pandoro is one of the country's most consumed cakes and is similar to Milan's Panettone.

It's not always easy to know if city cards are worth it, but if you plan to visit even just a few attractions then the Verona Card is handy to have in your pocket.

It costs just €20 for 24 hours and €25 for 48 hours and gives you free access to 16 sites, including Juliet's House, the Arena and the Castelvecchio, as well as free public transport throughout the city and reduced entry to five other sites.

Ready to book your trip to Verona? Check out the latest offers on breaks with Jet2CityBreaks, the urban escape arm of Jet2holidays.